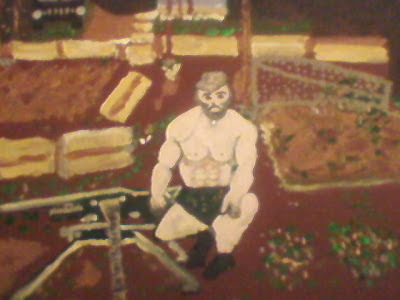 June 5 2011. Intense anger has erupted amongst the many tens of thousands of white, pre-1994 SADF veterans who fought from the age of 17 to 55 years in the fierce South African border wars against armed, communist infiltration. The communist ANC-regime now refuses to qualify white ex-soldiers as ‘’ war veterans’. They will get no benefits, no access to badly needed free health care…. If anyone wishes to enquire whether they qualify for benefits: contact:
http://militaryveterans.co.za/index.php?military_veterans+template~~menu_content~~L1_62 http://www.beeld.com/Suid-Afrika/Nuus/Een-lyn-vir-duisende-oudsoldate-20120621

The veterans are planning to ask Afriforum to sue the communist-ANC regime in the Constitutional Court about the issue. (to join the class-action law-suit write to: grensoorlog@groups.facebook.com ) The overwhelming majority of white South African males were required to serve in the Defence Force from the age of 17 to 55 years before 1994: the first two years were intensive military training, thereafter they had to serve another six years (720 days) in the Standing force. The majority of these men today remain inordinately proud of their military skills and successes: they did their duty which was to defend their country and all its people from armed aggression. Many of the soldiers also say they were winning the border-wars: but the National-Party politicians sold out this finely-honed fighting force in a political cop-out and handed them over – unarmed – to their enemies:

Long years of military service Many of these many tens of thousands of white male draftees today are traumatised and permanently disabled from their long years of military service – their veterans-association has a list of 7,500 totally destitute , physically-disabled white war-vets who need help now. Yet these white men will not be eligible for any benefits under the new Military Veterans Act, says ANC-deputy-minister Thabang Makwetla – who confirmed his black-racist approach by adding that the white soldiers ‘were not disadvantaged by doing military service and are not entitled to state-benefits…’ Afrikaans journalist Pieter du Toit recorded his comment in ‘Die Burger’ newspaper when Makwetla addressed the defence portfolio committee in parliament.

His spokesman Ntime Skhosana, asked for further clarification, also showed the present regime’s black-racist prejudicial views when he said: “remember that (white) military draftees only had to serve two years and then were discharged to go back to their universities or get jobs…’ He implied that they ‘had it easy’. However the vets’ spokesman, ret. Lt-Gen Godfrey Giles, who chairs the veterans’ organisation, reportedly was ‘shattered’ by the decision to exclude white males from the benefits system under the new Military Veterans Act. He also is the deputy chair for the umbrella body, the SA Military veterans’ association. He said his organisation has a database of 7,500 destitute, white military veterans who are in urgent need of medical and financial help.

The ANC-regime’s proposed new Act would provide a wide range of help to war-vets including health care and pension benefits – yet Makwetla now claims that these white veterans – who were drafted into military service – would be excluded from these benefit-packages.

Giles slammed Makwetla’s claim as ‘absolute rubbish and noted: “the subject was not even mentioned in the consulation process and shows a very weak knowledge of the genuine needs of these ex-soldiers, many of whom fought hard in defence of their country in the South African border-wars. The needs of these white war-vets is indeed very great: many now sleep at bus-stops and live in squatter-camps’. ‘ White males carried a heavy burden of military duty between 17 and 55 years of age ‘

The handful of white South African males indeed carried a very heavy burden of military duty before 1994: they received their first callups at the age of 17 for basic training camps which lasted two years. And for a full six years thereafter, white males also had to serve a total 720 days in the Standing forces. From the age of 17 to 55, white males were obligated to do military duty of some kind: most white males spent most of their weekends away on military- or commando-duties.

Once they reached the age of 55, many also continued this duty to their country by unpaid volunteer service in the Active Civilian Militias and in the local military commando units. Neverhteless, said Makwetla, the law is being drawn up with the understanding that ‘none of the pre-1994 military draftees ‘were considered to be members of the Active defence force and would therefore excluded from the legal definition of ‘military veterans’. They were ‘still taking further legal advice on the matter,’ he claimed. The pre-1994 South African Defence Force: At the age of 17, all white SA males were called up for two-year military training – and for twelve years thereafter, they were obligated to serve another 720 days (six years) in the Standing SA Defence Force of that time. After this active military-service, all white South African males had the option of serving another five years in the Active Civilian Force.

They still were also called up for 12 days active duty in the Commando units which protected their own regions. The official government viewpoint noted that ‘the entire SA Defence Force thus is a civilian militia.’ White males were obligated to do military duty; non-whites volunteered: such as the Afrikaans-speaking Khoi-San volunteer soldiers of the Cape Corps, an outstanding infantry batallion – who excelled in their military actions in Namibia and in the SA Navy . The first volunteer unit for black soldiers, 21st bn, was launched in 1974 at Lenz near Johannesburg .
The SA Defence Force also served and died as Allied soldiers during the two World Wars and in the Korean war. South Africa also created Armscorps, its own military-industrial complex which became the biggest on the African continent – to help pay for its defence budget, which by 1987 had soared to R5,000-m – 13.7% of its total expenditure. Comments by Sonny This legislation is flawed to benefit the ANC and its cronies in the MK. What about all the SAP members who were seconded by the SAP and SA Parliament to fight in the border wars and gave up their lives for South Africa? This legislation is unconstitutional and should be taken to the ConCourt & World Court to Judgement . 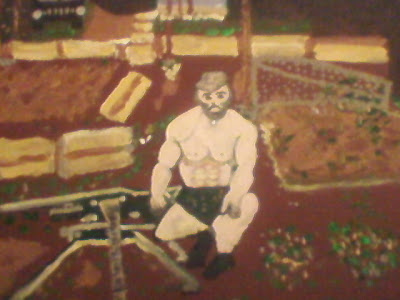