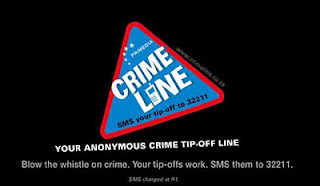 Earlier this month a 16-year-old from a Bekkersdal High School was repeatedly stabbed during a fight with a fellow pupil.

On Monday a KwaZulu-Natal teenager was speared to death. This after a fight between him and several others in full view of fellow pupils took place.

The video that the scholars took has since gone viral.

A School in Kagiso on Gauteng's West Rand hasn't been left unscathed. Two weeks ago a pupil brought a loaded gun to school and showed it off to his fellow classmates. The principal urgently dealt with the matter to prevent a tragedy from unfolding.

Incidents like these ones have authorities worried, hence, they have launched an anonymous tip-off sms line.

"What happens in schools is a reflection on that society, that’s why we believe it's important to involve parents, the broader community and the learners themselves in taking a stand" said Gauteng's Education MEC Barbara Creecy.

She says the origin of the problems are not in the schools themselves but in the broader society. The sms line will be rolled out countrywide.