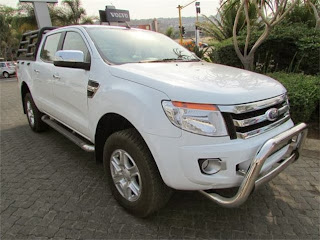 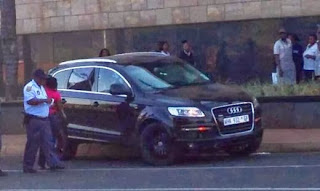 BEDFORDVIEW – The victim of a shooting near the Bedford Centre east of Johannesburg on Saturday morning has been named as Sam Issa, a known associate of controversial Czech businessman Radovan Krejcir.

Police have confirmed that the shooting was definitely a hit.
It’s understood the Lebanese national was in his car, stopped at a traffic light, when another vehicle pulled up next to him in the early hours of the morning.
A gunman then opened fire on him.
33 empty bullet cases are still strewn over the Bradford Road and Smith Road crossing where he was shot dead.
Police say he sustained several gunshots but cannot confirm the amount.
Crime scene experts are combing the area and the black Audi Q7 Issa was driving is still on the scene.
Family and friends are refusing to say who he was working for, what the motive could have been or to comment on his links with Krejcir.
But one family member, who wants to remain anonymous, has confirmed to Eyewitness News that Issa was robbed two weeks ago at his house.
His feet and hands were tied with cable during the incident.
Issa is a well-known figure who has lived in South Africa for 16 years.
His friends have described him as a party animal who worked during the night and slept in the day.
Also known as ‘Cripple Sam’ and ‘Black Sam’, Issa had close ties to Krejcir and it’s believed the two recently fell out.
Krejcir’s name has been associated with a number of unsolved murders in South Africa but he has never been charged.
In July, he narrowly survived an assassination attempt involving a Volkswagen Cross Polo fitted with several gun barrels behind its rear numberplate.
Krejcir is currently fighting for asylum in South Africa to avoid extradition to the Czech Republic where he has been charged for conspiracy to murder, counterfeiting, tax evasion, extortion and abduction.
(Edited by Craig Wynn)
EYE WITNESS NEWS

October 12 2013 at 02:50pm
Johannesburg -
Czech fugitive and businessman Radovan Krejcir denied any association with a man who was shot and killed in Bedfordview, east of Johannesburg on Saturday.
Police have identified the man as Bassam Issa.
“I did not have any association with the man, I only (knew) him as a resident of Bedfordview,” Krejcir told Sapa.
Earlier, Eyewitness News reported that the man was an associate of Krejcir's.
“I only know him as a lonely man, who was always alone. I feel sorry for him but what can we do,” Krejcir added.
He said he was woken up by the news of Issa's death and reports of his apparent association to him.
“You must not lie to people, I don't know this man. We (didn't) have any deals or business together.”
The 51-year-old man was killed in a shoot-out in Smith Street, Bedfordview.
Lt-Col Katlego Mogale said Issa was gunned down while waiting at a robot in his car.
“The car (an Audi Q7) stopped at the robots and a Ford Ranger stopped next to him and opened fire. The victim tried to retaliate,” Mogale said.
“The Ranger fled the scene shortly after.”
Paramedics declared Issa dead on the scene.
Police were investigating but no suspects or leads were immediately being pursued. - Sapa
IOL
Comments by Sonny
Is this the type of Mafia behaviour we are attracting to Johannesburg and surroundings..?
These gangster should be deported to their countries of origin!
SOUTH AFRICA SHOULD NOT BE A SAFE HAVEN FOR TERRORISTS AND CRIMINALS.
EVEN IF THEY ARE POLITICAL CONNECTED "FRIENDS!"
RADOVAN KREJCIR IS AND REMAINS BAD NEWS.