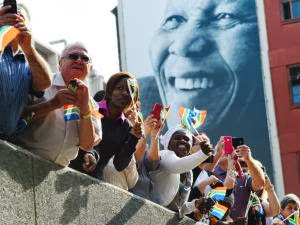 January 26 2014 at 10:32am
Comment on this story
iol pic sa mandela procession
AFP
South Africans wave the country's flag as they watch the funeral cortege carrying the body of Nelson Mandela to the Union Buildings on Madiba street in Pretoria. Picture: Roberto SCHMIDT

Related Stories
Mandela would have been appalled: Tutu 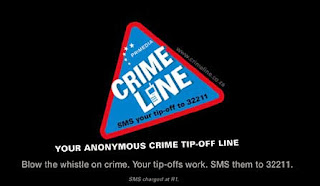 'Mandela' lives on as a commercial brand

South Africa's opposition parties on Saturday demanded a probe into how taxpayers' money released for Nelson Mandela's memorial services had been used, after allegations that some of the funds had been misappropriated.

An Eastern Cape provincial paper on Saturday alleged that a senior official of the ruling ANC party had embezzled part of the money released by Buffalo City Metropolitan municipality.

Citing its own research, the newspaper said 5.9 million rand (US$532 000) was paid to a local transport company linked to the ANC official.

The company then transferred some of the money to other firms - some of which had nothing to do with transportation, even though the money was meant to be spent on driving mourners to the anti-apartheid icon's memorial services.

Instead, the newspaper claimed that the money went into the printing of ANC T-shirts.

“We want a forensic investigation into this. It's a scandal,” Jerome Mdyolo, a municipal councillor for the opposition Pan Africanist Congress (PAC), told AFP Saturday.

A councillor with the opposition Democratic Alliance said even the address that appeared on the transport company's invoice was apparently false.

“Now imagine you get a slip for 5.9 million rand and the address on the invoice is incorrect and fraudulent. It raises your eyebrows,” councillor Terence Fritz told AFP.

“So we are asking for an investigation into that,” he said.

A formal request for a probe will be tabled during a routine council meeting on Friday.

Neither the African National Congress (ANC) nor municipal officials could be reached for comment on Saturday.

Fritz said his party was not against the release of the funds “because we couldn't put any monetary value to (Mandela's) legacy and what he did and what he meant for us” but it will not tolerate the abuse of public funds.

South Africa is due to hold general elections this year and the ruling African National Congress is facing a tough polls with voters increasingly disillusioned by allegations of corruption plaguing the party.

President Jacob Zuma this month kicked off his party's election campaign with a slew of promises to crack down on rampant graft and poverty.

But his unpopularity was on show during Mandela's memorial service in December, when angry South Africans booed him at the event which was broadcast live throughout the world. - Sapa-AFP
Posted by Tango at 3:32 AM