No Fear No Favour No Enemies within MK..... eish 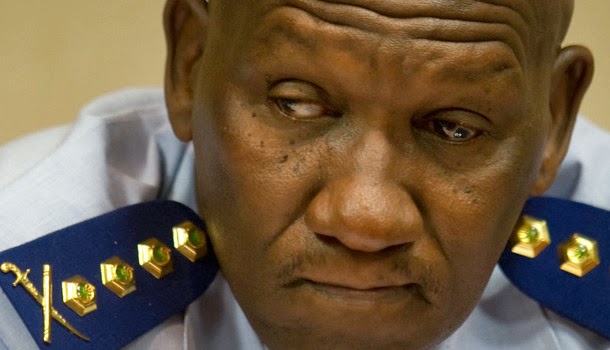 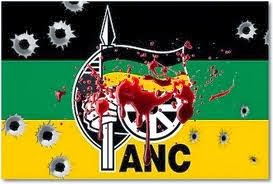 Questions have been raised about the demise of the top cop who voiced despair over the police's 'lack of integrity'.


Shortly before his death, Layton "Sean" Tshabalala, former bodyguard to Thabo Mbeki and struggle veteran, sent a letter to the office of the national police commissioner, Riah Phiyega.
Superficially it concerned a complaint that the police inspectorate's divisional commissioner had been dealing with, one which he characterised as involving corruption and nepotism. But in 18 rambling pages, Tshabalala mixed up organisational philosophy with political lament amid references to Lenin, invoked Homer's Achilles and alluded to "the curse of King Shaka Zulu".
The document revealed no smoking gun. It did, however, give some sense of Tshabalala's despair over what had become of the South African Police Service (SAPS).
"My subjective perception of the current vibes is that it would appear that personal reputation has taken supremacy and the lack of integrity has slowly but surely become an impediment to the [SAPS] culture, morality, ethics and its very existence," he wrote.
He mused about a future in which "the possibility of being arrested for committing a crime is greater than being struck by lightning".
Unfair treatment
But Tshabalala's view was clearly influenced by what he perceived as manifestly unfair treatment meted out to him personally.
"The pettiness and the reversal of the victories that we have achieved in the early years of our democracy wilt every success I have cherished," he wrote.
"The feeling is that I might have overstayed my welcome in this organisation. I do not concur with [this] … If the decision has been made that my time to go has come, let's do it honourably!!!"
How, or even where, he died is still in dispute. To complicate matters, those with some knowledge of events will only speak anonymously.
Some say Tshabalala died in his office behind a locked door, in a manner that suggests suicide. Others say he was found in an adjacent private bathroom, behind no locked doors, in circumstances that should make natural causes the first presumption.
Tshabalala's family finds it difficult to accept that he committed suicide, and questions why police are characterising his death as such before illness or "other possibilities" have been fully investigated.
Top of the list
His name was at the top of a list of senior officers to be "dealt with". But the family says it will wait until a report, promised in the next two or three weeks, is delivered, before judging whether it will have to dig deeper for answers.
"The man we knew – the man we lived with, worked with, grew up with – we find it difficult to imagine he would take his own life," said one family member.
"Sean was passionate about his kids, his family, his work. He said he would leave the police because of all the trouble there, but he had two kids in school and he stayed because of them."
One of Tshabalala's colleagues, whose name also appears on the "hit list", said his health had been less than ideal in his final weeks.
"The stress was really starting to show. He was having some trouble with it in December; he wasn't looking good. I don't think it was enough to kill him, but I won't say he was in good health."
In the midst of his despair over his position and the police service, Tshabalala apparently reached out to former national police commissioner Bheki Cele. The two probably last met at the unveiling of a statue of former president Nelson Mandela at the Union Buildings in Pretoria in December, according to another person who was present. Although it is not known what passed between them, they "talked at length".
Troubles shared
It seems likely that Tshabalala shared his troubles with Cele. In the preceding days, those close to him say, Tshabalala broke down in tears several times while telling of his frustration with police management and his sense of persecution.
He apparently believed that nobody in the force would listen to him and that he was about to be transferred from Pretoria – where his family is settled – as a punishment or part of a purge. He considered Cele still to be highly influential, despite the fact that he was outside the SAPS, and trusted him.
Almost everything else about Tshabalala's last days is unsure or contentious. Was he the subject of a witch hunt? Was he considered loyal to Mbeki or opposed to Jacob Zuma? Some believe so; others scoff at the suggestion.
Was he in internal exile, or would the inspectorate division he headed soon become a force to be reckoned with in the police? Theories differ wildly. Even the possibility that he was to be transferred to a distant post is in dispute.
Former colleagues and comrades of Tshabalala have vowed to keep a close eye on the investigation into his death, and said they will cry foul if there is any hint of impropriety or attempt at a cover-up.
* Got a tip-off for us about this story? Email amabhungane@mg.co.za

THERE IS NO HONOUR AMONGST THE ANC MK.
THEY ARE ALL DRIVEN BY GREED, POWER, PROMOTIONS AND ALLEGED CORRUPTION!
THEIR PAST IS EVIDENCE OF THEIR FUTURE......
Posted by Sonny Cox at 11:43 PM