Zuma should step down - Survey


Zuma should step down - Survey 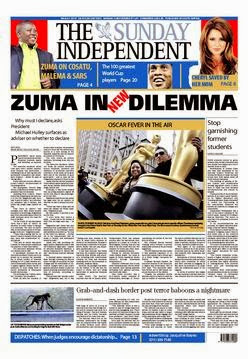 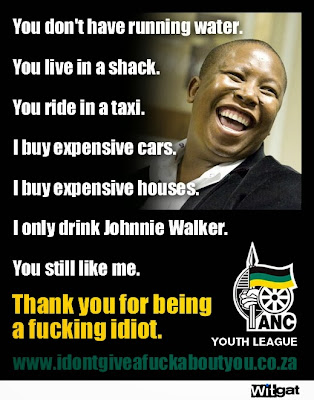 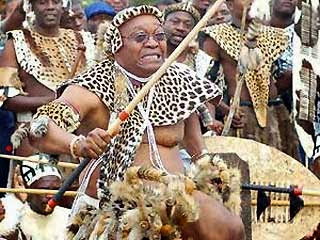 JOHANNESBURG:Most younger ANC supporters say Jacob Zuma should step down as the president of the country, according to survey results released on Friday.

"The survey found that of those respondents who claimed to support the ANC, 56 percent felt Zuma should step down."

The poll conducted by Pondering Panda last month questioned 1997 people between the ages of 18 and 34 across the country.

Spokeswoman Shirley Wakefield said it found that 37 percent of ANC supporters believed Zuma should remain the president, and seven percent were unsure about what he should do.

Respondents across party lines were also critical about the R203 million security upgrade of Zuma's Nkandla home in KwaZulu-Natal.

"There was broad agreement that Nkandla was Zuma's largest blunder, with 65 percent of younger people believing this," Wakefield said.

"In comparison, 19 percent felt there were bigger issues for Zuma than Nkandla, and 10 percent did not consider Nkandla to be a problem for the president."

Wakefield said the findings were in line with a Sunday Times Ipsos survey in December which found that 51 percent of a representative sample of 1000 ANC voters wanted Zuma to resign.

"With more than one independent survey now showing that the majority of ANC supporters think he should step down, this is an issue that the ANC should consider carefully," she said.