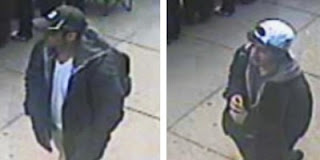 Washington – Two Boston bomb suspects were named as brothers, Dzhokhar A Tsarnaev (19) and Tamerlan Tsarnaev (26), a US national security official said.
The official said the older brother died in a shootout with police and the younger one was being sought in a house-to-house search in the Boston suburb of Watertown.
The brothers had been in the United States for several years, the official said. National security and law enforcement officials said they were leaning toward the theory that the bombings were motivated by Islamist extremism.
A Russian language social networking site bearing Dzhokhar Tsarneav’s name paid tribute to Islamic websites and to those calling for Chechen independence. The author identified himself as a 2011 graduate of Cambridge Rindge and Latin School, a public school in Cambridge, Massachusetts.
He said he went to primary school in Makhachkala, capital of Dagestan, a province in Russia that borders on Chechnya, and listed his languages as English, Russian and Chechen.
His “world view” was listed as “Islam” and his “personal priority” as “career and money”.
He posted links to videos of fighters in the Syrian civil war and to Islamic web pages with titles such as “Salamworld, my religion is Islam” and “There is no God but Allah, let that ring out in our hearts”.
He also had links to pages calling for independence for Chechnya, a region of Russia that lost its bid for independence after two wars in the 1990s.
- Reuters

Does death really end 'Brotherhood?"
Pity the one had to die before the truth about their terrorism was exposed.
Soon they will both be together again.
Will they qualify for "Twenty Virgins?"
THEY MUST HAVE BEEN ANGRY BROTHERS!
No terrorist can ever be downgraded as a "Freedom Fighter!"
Posted by Sonny Cox at 3:02 AM