More than 16 killed after weekend attacks in Afghanistan 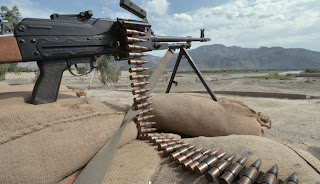 A suicide attack has claimed six lives and air attacks have killed 10 children over a weekend that served as a reminder of Afghanistan's conflict.

On Saturday, an attacker detonated a vehicle full of explosives in the centre of Qalat just as a US military convoy passed the provincial governor and his entourage. The blast killed and seriously injured several people from both groups, including a young Kabul-based diplomat, Anne Smedinghoff.
Provincial governor Mohammad Ashraf Nasery was in the convoy, but was unharmed, local and Nato officialssaid over the weekend.
Separately, 10 children, an Afghan woman and a US civilian adviser to the Afghan intelligence agency were killed by air strikes during an hours-long battle in a remote part of eastern Kunar province on the same day, senior local officials said. "In the morning after sunrise, planes appeared in the sky and air strikes started and continued until evening," said tribal elder Gul Pasha, who is also the chief of the local council in Shultan, where the bombing happened.
A senior Taliban commander was in the house, but so were women and children between one and 12 years old who were members of his family, Pasha told the Associated Press by telephone.
"I don't think that they knew that all these children and women were in the house because they were under attack from the house and they were shooting at the house," he said.
Civilian casualties caused by foreign forces have been one of the most emotive and high-profile issues of the war in Afghanistan, prompting street protests and condemnation from officials including President Hamid Karzai.
They remain a frequent flashpoint for national anger, and earlier this year Karzai banned Afghan forces from calling in air strikes, although his order appears to have been ignored on the ground.
US press officer killed
The deaths came as the most senior US general, Martin Dempsey, chairperson of the joint chiefs of staff, arrived in the country to discuss long-term training plans for Afghan soldiers, who from this summer are expected be leading the fight against the Taliban.
Smedinghoff, the state department officer killed in Qalat, Zabul province, was a 25-year-old press officer from Chicago who had less than four months left to serve in Afghanistan. At the time of the attack she had been heading for a local high school to help deliver books. The US secretary of state, John Kerry, paid a personal tribute to Smedinghoff, who he met on a visit to Kabul less than a month earlier. She had been put in charge of organising the trip, a prestigious role for someone on only their second overseas assignment, and he remembered her as "vivacious, smart, capable", with great potential.
Her death was a reminder of the gulf between the values that the US supported and those of the Taliban and other groups fighting the government in Afghanistan, Kerry told diplomats in Istanbul, where he was visiting the consulate.
"I think there are no words for anybody to describe the extraordinary harsh contradiction of a young 25-year-old woman with all of the future ahead of her, believing in the possibilities of diplomacy, of changing people's lives, of making a difference, having an impact, who was taking knowledge in books to deliver them to a school, and someone, somehow persuaded that taking her life was a wiser course and somehow constructive, drives into their vehicle, and we lose five lives."
There were also tributes from journalists and others with whom Smedinghoff had worked. "Saddened by loss of Anne Smedinghoff whose commitment always impressed me. RIP Anne & your sacrifice to get books to Afghans appreciated," the prominent Afghan women's rights activist Wazhma Frogh said on Twitter.
"Anne was helpful and kind, going out of her way to assist. Tragic," the Wall Street Journal correspondentMaria Abi-Habib said on Twitter.
Taliban claims responsibility
Last year, a civilian working on a diplomatic passport for the US government's development arm, USAid, died in a suicide bombing in eastern Afghanistan. But the last US state department diplomat killed in Afghanistan was ambassador Adolph Dubs, who was shot during a botched kidnapping in 1979.
The Taliban claimed responsibility for the attack, saying they had wanted to target either the government or a Nato convoy. "We were waiting for one of them," a spokesperson, Qari Yousef Ahmadi, told AP. "It was our good luck that both appeared at the same time."
The 18-hour battle with the Taliban in Kunar province broke out when a clearing operation led by local intelligence agency officers met with fierce resistance, said Wasifullah Wasifi, a spokesperson for the provincial governor. An investigation was under way into how the children and woman had died, Wasifi said. The Nato-led coalition said it was aware of allegations of civilian casualties in Kunar and was looking into them.
The killings followed a bloody Taliban assault in the country's west on Wednesday that killed 44 people in a courtroom in Farah province. The United Nations says civilians are being increasingly targeted.
In a statement posted online earlier on Saturday, Ahmadi said the Taliban would continue to target Afghan judges and prosecutors.
"The Islamic Emirate, from today onwards, will keep a close watch over courthouses, all its personnel and all those who try to harm Mujahideen and will deal with them the same as the judges and prosecutors of Farah. – Guardian News and Media 2013

The ILLUMINATI is waging war - EAST VS WEST.

Russia has to dump its old war stocks so they sponsor their past enemies against the West.

Putin and Zuma are Brothers in Arms via Bric's.

CORRUPTION WILL NEVER END IN AFRICA OR ON THE GLOBAL FRONT!