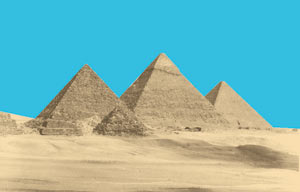 AWithdraws allegations about a trip to Cyprus to secure ‘channeled’ funds.

JOHANNESBURG –
Lawyer Chris de Beer has apologised to Paul Kyriacou, developer of the two largest Sharemax malls, Zambezi and The Villa.
The apology is the result of a damages action launched by Kyriacou and his company Capicol, against De Beer, his law firm, and four of his clients.

Kyriacou objected to an allegation made by De Beer in a 2010 court bid to place seven Sharemax syndication companies under judicial management. In court papers, De Beer said he had been informed that Kyriacou had visited Cyprus in 2010 with then Sharemax MD Willie Botha. Said De Beer,

“There is on the probabilities, no reason why they would have done that, except to secure funds channeled away from these developments into offshore bank accounts in Cyprus."

At the time, Kyriacou denied the allegations regarding the Cyprus trip. He told Business Report: “I have never been out of the country with Willie Botha at any time. I don’t think I’ve been further than Sandton with Willie and that was about two years ago for a dinner. I don’t even want to see the guy. We have nothing to say to each other, especially after how things turned out.”

In 2011, Kyriacou launched his
damages claim against De Beer.
Last week, Kyriacou informed Moneyweb that he had extracted an apology from De Beer. A copy of the apology can be downloaded here.

De Beer and his five co-defendants tendered their “unequivocal, unconditional and unqualified written apology and retraction of defamatory statements.”
Kyriacou suggested this was just one of several apologies he hopes to receive; he is currently in a fierce battle with directors of Nova Property over the ownership of Zambezi and The Villa.

For more, see Ownership of multimillion rand Pretoria shopping malls disputed.
De Beer told Moneyweb he has no comment to make on the apology, other than to state that he “achieved an extremely favourable settlement for our clients in the Sharemax debacle.”