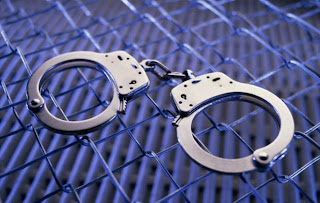 Ten people were arrested after they attempted to rob Emperors Palace casino, on the East Rand, on Sunday morning, Gauteng police said.

Lt-Col Lungelo Dlamini police at the casino received a tip-off that 19 men were going to rob the casino.
Police confronted a group of men at the entrance and a shootout ensued. Two of the men were shot and wounded, while three others were arrested. The two were under police guard at a local hospital.
Dlamini said a stray bullet grazed the head of five-year-old girl inside the casino's hotel. She was also rushed to a nearby hospital.
Police then followed another group of five men in a car down the road from the casino. All were arrested.
Three AK-47 assault rifles, four pistols and one revolver were recovered from the 10 men.
Dlamini said police were still searching for nine men around the hotel and casino.
Netcare 911 paramedics confirmed that three people were injured.

It is going to be interesting to see who these "alleged robbers" are.
07:00 on a Sunday morning is an unusual time to hit a 'CASINO IN SA'.
DEFINITELY AN INSIDE JOB.
ARE ANY OF BOB MUGABE 'S ELECTIONS FUND RAISERS AMONGST THE ROBBERS?
Time will reveal when they get to Court and are given bail........
Were 'Weapons of War' used by these thugs?