A ghost in the machine: do the Zuma Spy Tapes actually exist?

Ne Fear No Favour No Corrupt officials needed in SA......... 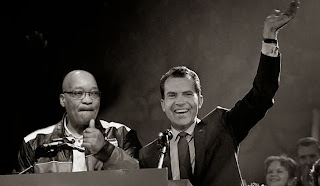 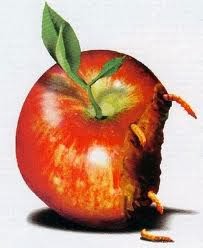 ZUMA AND NIXON NO COMPARISON WHATSOEVER


If South African politics has an original sin (apart from, you know, Apartheid, four hundreds years of racial violence etc) it is probably the Arms Deal. Once that infected our politics, the contagion seemed to spread into everything. And if we have a secret political conspiracy that we absolutely know has happened, and has infected our body politic as a direct result of the Arms Deal, it is the decision by the National Prosecuting Authority in 2009 to withdraw corruption charges against now President Jacob Zuma. The justification for that decision was what's become known as the Zuma Spy Tape saga. Now one of the actors in this conspiratorial drama has suggested that actually, the tapes may not exist at all. This takes us quite literally, into Watergate territory. By STEPHEN GROOTES.

No one can compare Richard Nixon to Jacob Zuma........

Zuma has overstepped the line of decency a long time ago.

CRIME AND CORRUPTION PERSISTS IN THE ANC DAILY!
Posted by Sonny Cox at 1:53 AM