EXPOSED: The drug dealer SA’s cops paid R300k a month to work for them 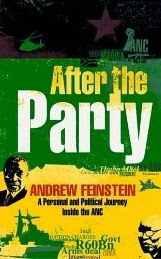 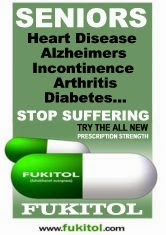 City Press can reveal that Durban businessman Panganathan “Timmy” Marimuthu is the mysterious “prominent KwaZulu-Natal person” referred to in a secret crime intelligence report that was submitted to Advocate Faith Radebe, the Inspector General of Intelligence (IGI), last year November.

Marimuthu’s alleged role in the looting of a crime intelligence “slush fund” is further explained in two affidavits by Hawks investigators that were submitted to the Germiston Magistrate’s court. The statements were made in an application for search warrants against suspects in the now-aborted Hawks investigation into the crime intelligence “slush fund”.
Marimuthu was convicted of dealing in Mandrax in 1992 and sentenced to an effective three years’ imprisonment. His appeal failed.

But he never served a day of his sentence. Evidence was produced at the Jali Commission in 2002 that Marimuthu bribed officials to avoid going to prison.

He was appointed by Major General Solly Lazarus, the chief financial officer of crime intelligence.

It appears from all the documents in the possession of City Press that Marimuthu’s sole role was to lobby Cele in favour of crime intelligence, and thereby secure a steady cash flow to the police’s spy unit.

In return, Marimuthu was rewarded royally, the Hawks found.

Apart from the R50 000 per month, Marimuthu leased several properties to crime intelligence for which he earned another R250 000 monthly.

When the police visited two of Marimuthu’s premises in KwaZulu-Natal, they found them in no state for occupation, Roelofse’s affidavit states.

Marimuthu’s wife, Neermala Moodley, was appointed as a colonel, his son-in-law as a lieutenant colonel, his daughter as a captain, his brother as a colonel and his niece as a captain. Two of his “girlfriends” were appointed as clerks.
The Hawks concluded that Marimuthu’s family members did not perform any crime intelligence work and there were not even files for them.

This is corroborated by the secret report submitted to Radebe by senior crime intelligence officers, Majors General Mark Hankel and Chris de Kock.

They wrote: “It is alleged that especially the family members of the prominent person in KwaZulu-Natal go about their ‘normal private lives’ with no benefit to the SA Police Service. They were allegedly employed as a favour or as part of a pay-off to the prominent person, in return for consultancy services rendered to crime intelligence in respect of the national commissioner (Cele)”.

According to Roelofse’s statement, Lazarus instructed crime intelligence to rent through a front company a “safe house” in Boksburg on Johannesburg’s East Rand for one of Marimuthu’s girlfriends. Marimuthu used the house whenever he visited Johannesburg.

“Lazarus in turn received various gifts from Marimuthu,” wrote Roelofse. “This includes payments for overseas trips and jewelry. One such item is a gold chain containing various precious stones and with an estimated value of R250 000.”
The Hawks detectives say in their affidavits that crime intelligence agents are “fearful” of Mdluli. They are scared of victimisation and their fears “are not unfounded”.

They conclude: “Information provided by members of crime intelligence (about the allegations of theft, nepotism and corruption) had been evaluated and proven to be reliably correct.”

Contacted for comment, Marimuthu first claimed that the “prominent person” was someone else and that he had no links with crime intelligence. He said his brother was a policeman.

Marimuthu then demanded that City Press provide him with the Hawks affidavits outlining the allegations against him before he could comment on a list of questions.

His attorney Reg Thomas said Marimuthu would only comment if given more time and the Hawks affidavits.
Hawks spokesperson McIntosh Polela declined to comment on the matter.

The farmworkers’ champion who is a business owner

OFFICIAL PROBE OF NATIONAL LOTTERIES BOARD CHAIRMAN STARTS – THANKS TO M24I


KZN’s Rambo cops Thanduxolo Jika and Gcina Ntsaluba, Saturday Witness 19 Feb 2011 KWAZULU-NATAL police have killed 740 people over five years as concern mounts over rising police violence in the province on the back of politicians’ “shoot-to-kill”...

South Africa’s highest paid mayors (not always who you’d think) – check yours THANDUXOLO JIKA and JEANNE VAN DER MERWE Some of the country’s best-paid mayors preside over small municipalities in rural South Africa – and are even earning more than the mayor of Johannesburg’s huge metro. This...

Moe Shaik: The Spy Who Went Back To The Cold JACQUES PAUW Embattled spy boss Moe Shaik packed his bags this week and left the State Security Agency (SSA) – apparently for another top job in government. Shaik, who was the director of foreign intelligence..
Posted by Tango at 11:16 AM