Cape Town chaos : Where were the cops ? 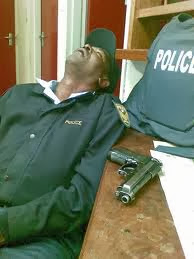 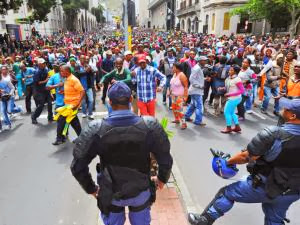 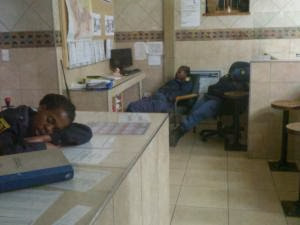 Cape Town chaos: Where were the cops?

DA slams ‘thuggery’ during Cape march
Cape Town - They descended on his stall in St George’s Mall and started tearing it apart. As vendor Mohamad Farah and his brother tried to fend off the countless looters around their stall, they were pelted with their own goods - including full cooldrink cans and lumps of ice.

Vendors on St George’s Mall are in shock after they were left to fend for themselves when a group of breakaway protesters tore through the mall on Wednesday afternoon. They are now asking where police and security guards were when they were being robbed.

Sitting breathless and traumatised in the foyer of Newspaper House, where he had taken sanctuary with some of his salvaged inventory, Farah clutched his back as water dripped from his brow where a hard lump of ice had hit him.

Moments earlier he had been in the middle of an angry mob.

“Why are you still open?” they shouted at Farah and his brother, while throwing packets of Nik Naks, chocolates and torn cartons of cigarettes. He said for every item they threw, the mob snatched and fled with three times as much.

“When we tried to fight them off, they were throwing cans at us. They hit me in the back, the neck, legs… all over,” he said, wincing.

Copy of ca p3 wale st HK done.JPG
Thousands of protesters in Wale street during a housing protest. Photo: Henk Kruger
Cape Argus
Farah’s first attempts to escape from the looters were difficult. The 33-year-old Somalian is an amputee, who makes do with a rigid prosthetic leg. He slipped and fell twice among the pushing crowds.

“We asked the police before, should we pack up the stall, but they told us ‘no, no, it’s fine’,” said Farah. “Then when (the protesters) started running down here it was too late.”

He was not the only vendor who questioned how police had managed the protest. Frank Masina, who sells wooden sculptures and novelty chessboards from his stall, said there was no one to help him when the mob began destroying his goods.

“They were throwing my stuff around, smashing my chessboards and chess pieces.”

Brandishing a carved wooden cane, he described how he had desperately swung it at the looters.

“My shop is still standing but I have lost R3 500. I don’t understand. I pay to be here, but nobody looks after us.”

Other vendors said all they could do was stand by as their stalls were plundered. One vendor, who did not want to be named, said a group of looters grabbed handfuls of cigarettes, with some even lighting up as they casually walked away.

As protesters continued to rush through the mall, some shopkeepers picked up the steel poles that held up their stalls and brandished them as makeshift weapons.

Abdisalani Samatar, a South African citizen from Somalia, said his stall was raided three times in the space of one hour by running mobs.

Police officers stepped in the first time he was being looted, dispersing the angry crowd around his stall. But as soon as the police left, his stall was looted again.

According to the vendor, a police vehicle even passed his stall as it was being plundered, and the officers inside chose to ignore it.

He questioned why police seemed powerless to stop the looters, and why they had not anticipated the breakaway protest and warned vendors to pack up shop.

Police spokesman captain FC van Wyk said he was not going to comment on claims by vendors that they were left to fend for themselves.

“I will say this, I’m going to ask those shopkeepers to go to the nearest police station and lay charges so we can start investigating.”

The city’s mayoral committee member for safety and security, JP Smith, said the police were unable to handle the situation alone, and metro police and Law Enforcement were dispatched to help contain the breakaway protests.

“The breakaway march was illegal. Therefore police did not have enough staff to deal with it.”

Foreign businessmen say police turned a blind eye when locals in Duduza township attacked and looted their shops. More than 100 foreigners were displaced after the attacks. Photo: Adrian de Kock

Johannesburg - Xenophobic attacks have flared up in Duduza, with foreign businessmen accusing police of turning a blind eye when locals attack them, loot their stores and drive them out of the Ekurhuleni township.

One senior Duduza police officer is alleged to have told foreigners fleeing from a mob looting their shops to “go and eat grass” when they asked for help on Tuesday night.

Displaced foreigners who have since fled the area said on Wednesday police just stood and watched as a raging mob stormed their shops, looting and damaging their property.

Homeless and sitting around under trees at a park in Dunnottar, Springs, on Wednesday, they said they had slept in the nearby church. Others had slept in their cars as there was not enough space in the church.

A 30-year-old Somali man whose eyes were red from lack of sleep said that at around 1am on Tuesday he was trying to help a fellow countryman when they decided to ask Captain Thembi Nxumalo for help.

Nxumalo is a member of a task team that was established two months ago to deal with the violence against foreigners.

However, she allegedly told the man that he’d better go away from Duduza.

“She told him that he could go wherever he wants and eat grass.

“How can someone say someone must go and eat grass? Are we animals? I was so shocked by what she said,” said the man, with those around him confirming they had heard Nxumalo telling the businessman off.

Nxumalo and her colleagues denied this, inviting those with complaints to come forward and make an affidavit.

“How can I do that if my duty is to protect people? I was there, helping them and working with representatives from different countries. They are angry and frustrated, and talking too much,” she said.

A 31-year-old Ethiopian said that when about 50 people stormed his shop and started looting it, he had asked for help from police officers.

“I asked them: ‘Why are you not protecting us? If you don’t protect us, who will?’ But they said they don’t have the powers to chase the looters.”

Another businessman said police left looters who were busy emptying his shop and started searching him and other foreigners instead.

The acting station commander for Duduza police station, Captain Bheki Mhlungu, said he did not know anything about the allegations and that no one had been arrested because, as soon as police arrived at the scene, the looters would flee.

“Understand that these are aggrieved people and this is the second time this is happening to them and they work very hard for their money.”