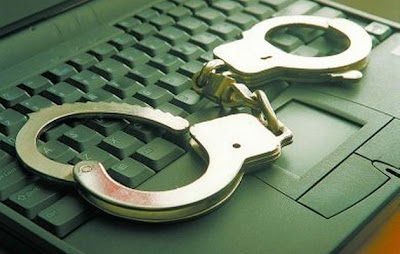 SOUTH African businesses are under attack by a group of cyber hackers who have destroyed thousands of websites, some in Port Elizabeth, over the past month.

Katz Camera Warehouse at the Moffett on Main lifestyle centre in Port Elizabeth was forced to shut down its computer network yesterday morning after hackers accessed its internet server, sending thousands of e-mails offering substantial discounts on camera equipment.

An invoice sent by the fraudsters posing as Katz Camera Warehouse owner Colin McKenzie asks for the funds to be deposited into an Absa Bank account.

Fearing more e-mails being distributed, McKenzie was forced to shut down the shop’s website and e-mail server. Police were notified of the fraudulent account.

Computer specialists say this is one of 100 sites hacked in Port Elizabeth over the past week by the Islamic Ghost Team.

A furious McKenzie said since the server had been hacked, hundreds of people had phoned inquiring about the below-cost specials.

“Somehow they hacked into our business server and sent out bulk e-mails to more than 100000 people offering below-cost specials,” he said. “They basically stole my business name and are using their bank details to get money from people.”

McKenzie said police appeared uninterested in the case and had told him that only once money was stolen would they open a case.

The Herald located a string of websites from Jeffreys Bay, Port Elizabeth and around the country all hacked by the Islamic Ghost Team yesterday. They posted messages on more than 90 South African websites yesterday alone.

Thousands of websites in other places such as the US, Europe, Canada and Russia have also been hacked by the group in the past months. Zone-H – a website which documents sites defaced or hacked – said the Islamic Ghost Team had hacked thousands of websites over the years.

But no other reference can be found linking the hackers to syndicates which steal money from unknowing potential clients.

A computer specialist who declined to be named for fear of being targeted by the hackers, said the Islamic Ghost Team were well known in the information technology industry. “This is a major problem.”

Police spokesman Captain Sandra Janse van Rensburg declined to comment, saying no case had been opened. “The department which deals with this has been alerted and has been trying to get hold of McKenzie to establish what type of crime has been committed.”