The Heath is on 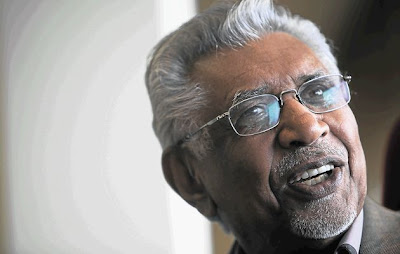 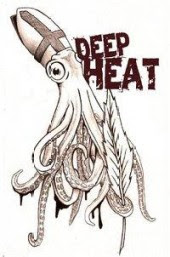 In a stinging open letter, Ngcuka has accused the former judge of taking “revenge” against him, his wife, former deputy president Phumzile Mlambo-Ngcuka, and Mbeki by using “slander, innuendo and defamation” in an interview with City Press last week.

Less than two weeks after his appointment, Heath’s job is on the line.

President Jacob Zuma’s spokesperson, Mac Maharaj, on Saturday distanced the presidency from Heath’s comments, which he said were not made in the course of his duties.

Zuma allies have also joined the chorus of voices asking for action against Heath, with ANC national executive committee (NEC) member and deputy minister Ayanda Dlodlo saying on Saturday that Heath should be “called to order” over his utterances.

“People who want to dabble in politics when they should be delivering services, especially in the security cluster, must be careful because it creates the perception we are unable to manage,” she said.

Justice Minister Jeff Radebe had already hauled Heath before a meeting with him and justice department director-general Nonkululeko Sindane on Tuesday “to fully understand the nature and the circumstances under which the (City Press) interview took place”.

Radebe will report back to Zuma early this week.

A storm broke out after Heath told City Press in a wide-ranging interview that Mbeki had initiated corruption and rape charges against Zuma.

He criticised the rulings of three courts in the Schabir Shaik matter and accused Ngcuka and his wife of soliciting money on secret recordings he had allegedly heard.

»Asked Heath why he didn’t lay charges against him if he had evidence of wrongdoing;

»Rejected with contempt claims he instigated charges against Zuma on Mbeki’s instruction; and

»Accused Heath of believing that the SIU job was his “God-given right to hold” and that he was now “triumphantly” returning to take revenge.

In his statement, Maharaj said: “None of the allegations made by Mr Heath has been attributed to any duty or function that he exercises as head of the SIU.

The presidency and government in general have nothing whatsoever to do with the comments.”

He added that Heath’s comments were made in his “personal capacity” and that Zuma had asked his office to investigate after hearing about the article.

Zuma was also asked by Mbeki’s lawyer to produce evidence for Heath’s claims.

Maharaj said Zuma had asked Radebe to assist with the investigation and prioritise it so that the matter could be concluded “without delay”.

Indications were that Zuma was preparing to cut Heath loose, but would have Radebe, who recommended his appointment, deal with him directly and manage the process of removing Heath from the job.

Radebe’s spokesperson, Tlali Tlali, said Zuma had asked the minister to probe the “validity” of the City Press report "and the possible implications flowing therefrom”.

At the meeting on Tuesday, Heath “strongly indicated” the interview, shortly after his appointment, was conducted in his “personal capacity and not his professional capacity” as SIU head.

In his statement, Radebe emphasised that Heath, like any citizen, had the right to freedom of expression, but “there is always a potential for consequences to flow from doing so”.

Government had to ensure that officials did not “contravene any law or violate the rights of others” while carrying out their duties, Radebe said.

Dlodlo said it was fine for Heath to make these statements from outside government.

“But as a civil servant and with the position he holds, he is expected to be more circumspect. Now Heath will be spending his time collecting the evidence (demanded by Mbeki),” she said.