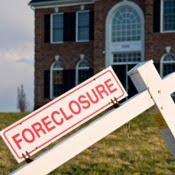 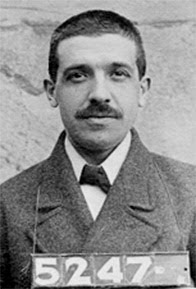 A Ponzi scheme is a fraudulent investment operation that pays returns to its investors from their own money or the money paid by subsequent investors, rather than from any actual profit earned by the individual or organization running the operation. The Ponzi scheme usually entices new investors by offering higher returns than other investments, in the form of short-term returns that are either abnormally high or unusually consistent. Perpetuation of the high returns requires an ever-increasing flow of money from new investors to keep the scheme going.

The system is destined to collapse because the earnings, if any, are less than the payments to investors. Usually, the scheme is interrupted by legal authorities before it collapses because a Ponzi scheme is suspected or because the promoter is selling unregistered securities. As more investors become involved, the likelihood of the scheme coming to the attention of authorities increases.

The scheme is named after Charles Ponzi, who became notorious for using the technique in 1920. Ponzi did not invent the scheme (for example, Charles Dickens's 1844 novel The Life and Adventures of Martin Chuzzlewit described such a scheme), but his operation took in so much money that it was the first to become known throughout the United States. Ponzi's original scheme was based on the arbitrage of international reply coupons for postage stamps; however, he soon diverted investors' money to make payments to earlier investors and himself.

CharacteristicsTypically extraordinary returns are promised on the investment, and vague verbal constructions such as "hedge futures trading," "high-yield investment programs," "offshore investment" might be used. The promoter sells shares to investors by taking advantage of a lack of investor knowledge or competence, or using claims of a proprietary investment strategy which must be kept secret to ensure a competitive edge.

Initially the promoter will pay out high returns to attract more investors, and to lure current investors into putting in additional money. Other investors begin to participate, leading to a cascade effect. However, the "return" to the initial investors is paid out of the investments of new entrants, and not out of profits.

Often the high returns lead investors to leave their money in the scheme, leading the promoter to not actually have to pay out very much to investors; they simply have to send statements to investors showing them how much they earned. This maintains the deception that the scheme is a fund with high returns.

Promoters also try to minimize withdrawals by offering new plans to investors, often where money is frozen for a longer period of time, in exchange for higher returns. The promoter sees new cash flows as investors are told they could not transfer money from the first plan to the second. If a few investors do wish to withdraw their money in accordance with the terms allowed, the requests are usually promptly processed, which gives the illusion to all other investors that the fund is solvent.

Unraveling of a Ponzi schemeAt some point one of the following happens:

The promoter vanishes, taking all the remaining investment money (minus payouts to investors already made).
Since the scheme requires a continual stream of investments to fund higher returns, once investment slows down, the scheme collapses as the promoter starts having problems paying the promised returns (the higher the returns, the greater the risk of the Ponzi scheme collapsing). Such liquidity crises often trigger panics, as more people start asking for their money, similar to a bank run.
External market forces, such as a sharp decline in the economy (for example, the Madoff investment scandal during the market downturn of 2008), cause many investors to withdraw part or all of their funds.
Similar schemesA pyramid scheme is a form of fraud similar in some ways to a Ponzi scheme, relying as it does on a mistaken belief in a nonexistent financial reality, including the hope of an extremely high rate of return. However, several characteristics distinguish these schemes from Ponzi schemes:
In a Ponzi scheme, the schemer acts as a "hub" for the victims, interacting with all of them directly. In a pyramid scheme, those who recruit additional participants benefit directly. (In fact, failure to recruit typically means no investment return.)
A Ponzi scheme claims to rely on some esoteric investment approach and often attracts well-to-do investors; whereas pyramid schemes explicitly claim that new money will be the source of payout for the initial investments.
A pyramid scheme typically collapses much faster because it requires exponential increases in participants to sustain it. By contrast, Ponzi schemes can survive simply by persuading most existing participants to reinvest their money, with a relatively small number of new participants.
An economic bubble: A bubble is similar to a Ponzi scheme in that one participant gets paid by contributions from a subsequent participant (until inevitable collapse). A bubble involves ever-rising prices in an open market (for example stock, housing, or tulip bulbs) where prices rise because buyers bid more because prices are rising. Bubbles are often said to be based on the "greater fool" theory. As with the Ponzi scheme, the price exceeds the intrinsic value of the item, but unlike the Ponzi scheme, there is no person misrepresenting the intrinsic value.
See alsoList of Ponzi schemes
Bucket shop (stock market)
Double Shah
Get-rich-quick scheme
Matrix scheme
White-collar crime
References^ "Ponzi Schemes". US Social Security Administration. http://web.archive.org/web/20041001-20051231re_/http://www.ssa.gov/history/ponzi.html. Retrieved 2008-12-24.
^ Peck, Sarah (2010), Investment Ethics, John Wiley and Sons, p. 5, ISBN 9780470434536, http://books.google.com/books?id=EiIMJ83qRCIC&pg=PA5
^ Markopolos, Harry; Casey, Frank (2010), No One Would Listen: A True Financial Thriller, John Wiley and Sons, p. 50, ISBN 9780470553732, http://books.google.com/books?id=7NeZeQ6qHq4C&pg=PA50
[edit] Further readingDunn, Donald (2004). Ponzi: The Incredible True Story of the King of Financial Cons (Library of Larceny) (Paperback). New York: Broadway. ISBN 0767914996.
Zuckoff, Mitchell (2005). Ponzi’s Scheme: The True Story of a Financial Legend. New York: Random House. ISBN 1400060397.
External linksWhat is a Ponzi scheme? Ponzi scheme definition with distinctions, history, and other information
Ponzi scheme Illustration of a Ponzi scheme
The Ponzi Scheme and Tax Loss Describing tax recovery methods
Posted by Tango at 2:08 AM