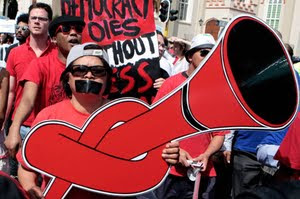 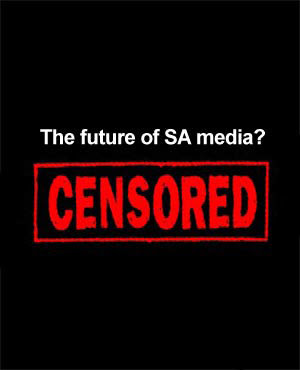 Info Bill protest hits London
Fri, 02 Dec 2011 5:29
The protest against the contentious Protection of State Information Bill will be going international on Saturday.

The South African community in London is expected to take the fight against the bill to Trafalgar Square.

South Africans are expected to gather outside the South African High Commission to voice their outrage against the muzzling effects of the so-called secrecy bill.

"That was the place in the 1970s and 1980s, in particular, where there were lot of anti-apartheid protests. It is something that has historical symbolism, in a lot of ways, and it is especially because this bill, we feel, will be taking us backwards," stated McKinley.

At the same time, AfriForum launched an online petition, which it says has been signed by more than 10,000 people in its first 48 hours of going viral.
(Iafrica)
Posted by Tango at 10:44 PM