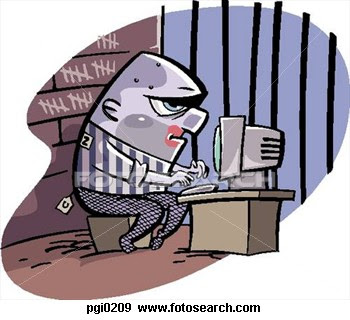 
Bucharest - On computer screens and on the ground, Romanian and American FBI agents stalk cyber criminals, trying to beat them at their own game as fraud originating in Romania has risen dramatically.

"Cyber crime has highly specialised and extremely dynamic networks," an expert at the Romanian Intelligence Service (SRI) told AFP on condition of anonymity.

"Cutting one of its arms does not help, it will grow back in no time."

"The challenge is to understand what the criminals have done in order to be able to predict their next move," he added. "We must put ourselves in their shoes."

The number of cases, scammers and victims has increased steadily over the last few years, forcing law enforcement authorities to match the criminals' ever more sophisticated methods, he stressed.

"Cyber crime is evolving fast and we must keep abreast of the latest developments," Virgil Spiridon, head of the Romanian police department specialising in computer fraud, told AFP.

While the most widespread Internet crime, auction fraud, does not need computer whizzes, "other scams such as phishing and skimming show that criminals are becoming ever more skilled", he added.

More than 80% of online fraud originating from this country targets US nationals and companies, according to the Romanian police.

Americans lose around $1bn in cyber crime with links to Romania, said US Ambassador Mark Gitenstein.

This has prompted collaboration, with Romanian cyber cops and FBI agents working closely together since the early 2000 to stave off fraud.

Their action was praised by FBI director Robert Mueller during a visit to Bucharest last week.

"Romania has organised crime syndicates that specialise in exfiltrating, laundering and co-ordinating the anonymous movement of money around the globe," the FBI office at the US embassy in Bucharest told AFP.

A joint operation which led to the arrest of 90 people in Romania and 22 in the US last July was one of the biggest international cyber crime enforcement actions in history, the FBI office here said.

Last weekend, three fraudsters who had hacked into the bank accounts of American and Italian nationals were arrested in north-eastern Romania when they tried to withdraw nearly $1m, illegally transferred to their own accounts.

But many obstacles linger. Among them, the transnational nature of online crime, which makes it harder to monitor suspects and gather evidence.

Another difficulty: incomplete or outdated legislation, which does not address the tremendous risks posed by cyber crime.

Quite often, criminals get minimum or suspended sentences.

Last month, a Romanian hacker accused of causing eBay millions of dollars in losses by illegally accessing its email accounts was given a three-year suspended sentence by a Bucharest court.

Investigators who had worked hard for months in order to nail the suspect did not conceal their disappointment. "Such lenient sentences are definitely not going to dissuade hackers," one of them said, on condition of anonymity.

"We sometimes arrest the same scammer two or three times. If the sentence had been harsher he would have probably thought twice before relapsing into crime," Spiridon said.

The FBI office also stressed that "trials are drawn out and take at least several years to conclude or obtain a conviction".

"Sentences tend to be low or dismissed altogether while criminals often find ways to keep the proceeds of their illegal activities," it said.

The SRI expert said that there was more than just imperfect legislation to blame for this and pointed to "the interference of organised crime with the judiciary".

He also warned against the risk of seeing criminals outdistance law enforcement if efforts were not stepped up.

"While authorities move to regulate cyberspace in order to prevent crime, scammers find fresh ways to circumvent the barriers," he said.