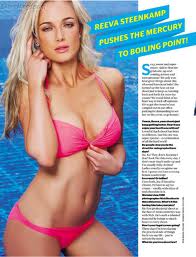 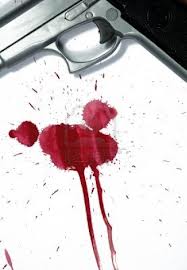 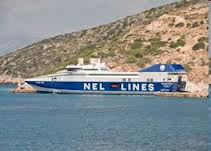 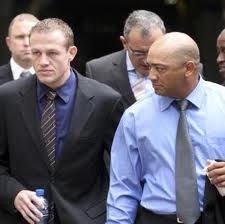 A man, believed to be Pistorius, was sitting in the back seat of a police van, his head covered in a jacket.
The Valentine's Day murder at paralympian Oscar Pistorius's house in Pretoria dominated newspaper front pages on Friday morning, overshadowing President Jacob Zuma's opening of Parliament.
A few hours after Zuma's annual state-of-the-nation address on Thursday evening, the head of state failed to make the front page of most newspapers.
Speculation was rife over Pistorius's alleged shooting of his model girlfriend Reeva Steenkamp.
The Afrikaans daily Beeld dedicated five full pages to the story, with its front page story, headlined "Dood agter deur [Dead behind door]", saying it understood Steenkamp was shot four times through a bathroom door.
According to the paper the police and security guards were called to his house about two hours before the shooting, after neighbours heard him and Steenkamp argue.
The police were called out a second time around 3am after neighbours heard gunshots, reported Beeld, quoting an unnamed Silver Woods estate resident.
A security guard said her body was found in the bathroom.
Beeld explained its initial report, that the shooting was an accident, had come from police Captain Sarah Mcira, who released the information to their journalist around 8am on Thursday.
Another police spokesperson later said that information came as a surprise.
"The SA Police Service were just as surprised… to hear on the radio that allegations had been made that the deceased had been perceived to be a burglar," police spokesperson Brigadier Denise Beukes said.
"We were very surprised, and those allegations did not come from us."
Beukes's comments that there had been "previous incidents of a domestic nature at his place" were widely reported on.
The Star newspaper cited sources saying Steenkamp's body was found downstairs in the entrance hall of his R3.9-million house.
The Star dedicated its editorial opinion to domestic violence.
The Times newspaper said a "highly skilled team of blood-spatter forensic specialists" would fine-comb Pistorius's house on Friday morning.
The Citizen's front page headline was "Blade gunner?", while the Daily Sun reported on "Oscar's bloody Valentine!", and the Sowetan headlined its front page report "Golden boy loses shine".
The New Age newspaper led with Steenkamp's death, saying it had a copy of a speech Steenkamp had prepared to deliver on Valentine's Day at a high school in Sandton.
The New Age reported on Zuma's speech at the bottom of its front page.
Business Day was the only daily to lead with Zuma, reporting on tax policies in mining.
As Zuma started his speech at 7pm on Thursday, 24-hour news channel eNews featured a special report on the Pistorius shooting, referring viewers to their sister e.tv channel if they wanted to follow the president's speech. – Sapa
. 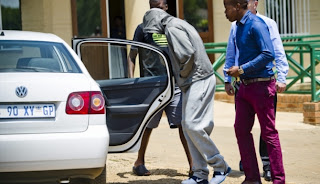 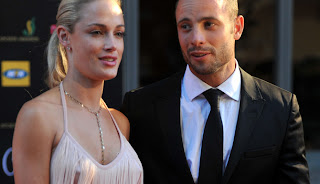 The Paralympian has a self-confessed paranoia about intruders and a love of shooting ranges.


South Africa woke up to a bloody Valentine on Thursday with the news that Paralympian gold medalist Oscar Pistorius had allegedly shot dead his model girlfriend, Reeva Steenkamp, at his home in the early  ­morning.
Talk shows were inundated with callers as rumours – as yet unconfirmed – circulated that Pistorious had shot Steenkamp after mistaking her for an intruder in his home in the plush Silver Woods Country Estate, a gated community in Pretoria East.
However, the Mail & Guardian has established that neighbours on the estate called police at about 4am on Thursday after hearing gunshots from next door. Police spokesperson Denise Beukes said at least two shots were fired and a licensed 9mm firearm belonging to Pistorius was also found at the scene.
Beukes said that witnesses had also heard "voices earlier in the evening" and that there were unconfirmed reports of "screaming and shouting".

Oscar Pistorius: Valentine's day of despair
Pistorius: Firms try to dodge speeding bullet
Reports of aggression haunt Oscar Pistorius' social relationships
Pistorius appears to have a history of paranoia and a penchant for guns. Last year, he tweeted: "Nothing like getting home to hear the washing machine on and thinking its an intruder to go into full combat recon mode into the pantry! waa [sic]".
During a profile on the sportsman, who competed against able-bodied athletes at last year's London Olympics, the British Daily Mail reported of a baseball and cricket bat behind Pistorious's bedroom door and a "revolver at his bedside. A machine gun by his window".
Besotted
Likewise, Michael Sokolove, a New York Times journalist, described being treated to shooting lessons at a local range while interviewing Pistorius last year: "I asked what kind of gun he owned, which he seemed to take as an indication of my broader interest in firearms. I had to tell him I didn't own any. 'But you've shot one, right?' Actually, I hadn't.
Suddenly, I felt like one of those characters in a movie who must be schooled on how to be more manly. 'We should go to the range,' he said. He fetched his 9mm handgun and two boxes of ammunition. We got back in the car and drove to a nearby firing range, where he instructed me on proper technique. Pistorius was a good coach. A few of my shots got close to the bull's eye, which delighted him. 'You should do this more,' he said. 'If you practised, I think you could be pretty deadly.' I asked him how often he came to the range. 'Just sometimes when I can't sleep,' he said."
Steenkamp, meanwhile, appeared besotted with Pistorius, tweeting on the day before her death about getting health smoothies from her "boo" and asking her followers: "What do you have up your sleeve for your love tomorrow???#getexcited #ValentinesDay". .
Sponsors are keeping quiet on their next step with regard to Pistorious, but M-Net started cancelling its advertising for the Oscars Awards featuring Pistorius and billboards were taken down in Johannesburg on Thursday afternoon

Why was two police vehicles needed to bring Oscar Pistorius to court?

ONE FOR THE BLADE RUNNER AND ONE FOR HIS BLADES?

Is Adv Gerrie Nel again playing to the Media?

He has a pretty bad record with his recent past murder trials.

No convictions in the Brett Kebble case.

Now he plans to prove "Premeditation" in a bail application?

Is he getting as bold as Adv Fick with the Boeremag Trial?

Has Justice in SA become a 'Dog eats Dog' situation?

Does the love of "GUNS & SHOOTING RANGERS" make you an instant KILLER?

Judas did not visit shooting ranges or possess guns, yet, he was a proven TRAITOR!

Don't allow the TRUTH to be compromised!