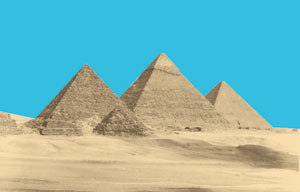 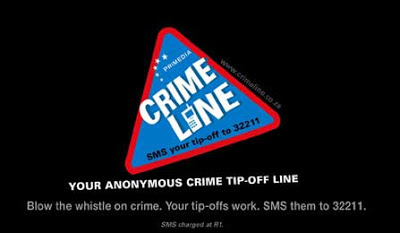 Colin Daniel
Ombud finds that USSA network was little more than a marketing arm of Sharemax
A senior Financial Services Board (FSB) official, Rinate Goosen, has been named for a second time by the financial services ombud in a determination made against numerous parties, including a company that allowed unqualified advisers to sell Sharemax property syndications.

The recent determination by ombud Noluntu Bam was made in favour of a 67-year-old pensioner and against seven parties.

Goosen is a manager in the FSB’s Financial Advisory and Intermed-iary Services (FAIS) Act Enforcement Department.

According to the determination, Goosen was at one stage the compliance officer of a company set up by her husband to allow more than 1 000 financial advisers, many of whom were unqualified, to sell now-imploding Sharemax property syndications The Villa and Zambezi.

The company, FSP Network, trading as Unlisted Securities South Africa (USSA), is now in liquidation. USSA was established by Gerhardus Rossouw Goosen while he was a director of Sharemax.

The FSB sees nothing wrong with continuing to employ Goosen. In response to questions from Personal Finance, the FSB says: “No additional evidence has since emerged to warrant an investigation into the circumstances of her re-employment or her continued employment with the FSB.”

Nonku Tshombe, head of the FSB’s legal department, says “at the time of the re-employment of Mrs Goosen, the FSB was aware of her previous employment as compliance officer of USSA.

“Given this, the issue of conflict of interest was uppermost within the FSB when Rinate’s re-employment was considered in 2011 and, as such, full disclosure was required from her to enable the FSB to determine whether there would be any conflict of interest for her arising from her previous involvements.

“So far, the FSB has not established any defect in the initial disclosure – and here I must add that the FSB is watching this issue very closely. By all indications, it appears that both Rinate and her husband no longer had an ongoing relationship with Sharemax and its products … when Rinate got re-employed by the FSB in June 2011.”

In a damning 90-page determination, Bam condemns how both Sharemax and USSA and their representatives acted “in reckless disregard” of the FAIS Act and its codes of conduct in selling what she describes as Ponzi schemes, paying investors out of their own money until the schemes collapsed.

“The directors of Sharemax and FSP Network (USSA) were aware of the fact that the (syndication) scheme was both illegal and not commercially viable, and yet they recklessly took investors’ funds. Investors whom, within their know-ledge, were almost without exception pensioners who could ill afford the inevitable loss,” Bam says.

Rinate Goosen is not named as one of the seven respondents to the complaint that a 67-year-old widow lodged with the ombud, but her position as USSA’s compliance officer is detailed in Bam’s determination.

The ombud states: “The code of conduct requires an FSP [financial services provider] to recommend a financial product that is appropriate for the investor and is compatible with such investor’s needs and financial risk profile or tolerance. Sharemax is certainly not a product that is appropriate for a pensioner who cannot afford to lose their capital and who has no prospect of replacing any lost capital. This (is) on Sharemax’s own assessment of risk in their product.

“It must equally be said that it is inappropriate for product providers who market high-risk investments to recklessly accept investments from people who should not be purchasing such high-risk products.”

This failure was compounded by the fact that “it must have been clear to the directors of both Sharemax and USSA that the Zambezi and Villa projects were not commercially viable, yet they continued to rake in money from unsuspecting investors. This is nothing short of reckless conduct, both at common law and in terms of the Companies Act,” Bam says.

Bam found that USSA was established to enable independent representatives to sell the unlisted shares of Zambezi to the public.

“Most of the representatives listed under USSA did not have a licence to render advice or intermediary services in respect of unlisted shares in their own capacity. Hence USSA facilitated this for them under its licence at a monthly contribution. USSA, it turns out, was nothing more than a marketing arm of Sharemax. It was set up for the sole purpose of marketing Sharemax products through a network of brokers. This company did not market any other financial product.

“USSA and Sharemax were not separate entities working at arm’s length; in fact, they were joined at the hip. Equally interesting is that both Sharemax and USSA applied for their respective licences with the FSB at the same time.

“All of USSA’s registered representatives were only allowed to market Sharemax products.”

All the USSA representatives were furnished with a “Sharemax compliance manual” that stated how the product should be sold.

Bam says Sharemax failed to make a full disclosure of the scheme in the prospectus, with the result that investors were misled.

“Predictably, when the syndication was facing collapse, USSA promptly closed its doors and went into liquidation. The directors of Sharemax conveniently faced off investors by saying that the latter were clients of an independent broker, USSA.

“USSA, in turn, told the investors that they were not clients of USSA but were clients of the broker (adviser) or FSP they dealt with. The plan was to frustrate the investors, most of whom were pensioners who found the whole procedure entirely bewildering.

“The brokers (advisers) in turn merely stated that they were not at fault, as the product was supported by Sharemax and enjoyed the approval of the FSB.”

The financial services ombud has for the first time ordered the sponsors of a property syndication scheme jointly and severally to compensate an investor for losses she incurred as a result of investing in the scheme.

In a recent in a series of determinations related to property syndications, ombud Noluntu Bam also ordered the financial services provider (FSP) and its agents to compensate Ms S, an ill 67-year-old widow, who was advised to invest R648 000 in Sharemax’s Zambezi property syndication scheme.

Bam ordered seven parties to repay R580 000 of the R648 000. The money that Ms S invested had been left to her by her husband to provide her with a pension. She has no other source of income.

At the time that Cornelius Johannes Botha advised Ms S to invest in Zambezi, her money was invested in long-term investments, such as Sanlam’s Stratus and Glacier products, and an Absa money market account. Ms S also had a small offshore investment.

Botha told Ms S that she could earn a return of between 10 percent and 12 percent a year by investing in the Zambezi syndication. This was substantially more than the returns her investments were providing.

The parties who must compensate Ms S are: Botha, trading as CJ Botha Finansiële Dienste; Sharemax Investments; FSP Network, trading as Unlisted Securities South Africa (USSA); Gerhardus Rossouw Goosen, a director of Sharemax and USSA (of which he was also the key individual); Johannes Willem Botha and Andre Daniel Brand, both directors of Sharemax; and Dominique Haese, a director, key individual and representative of Sharemax.

Bam found that Botha transgressed the Financial Advisory and Intermediary Services (FAIS) Act and its codes of conduct by advising Ms S to invest in a product that was not appropriate for her.

She also found that Botha was not licensed to advise on property syndications while acting as a representative of FSP Network.

FSP Network “is responsible for the consequences of the conduct of their representatives, who almost without fail targeted pensioners”.

Sharemax, a registered FSP, was subject to the FAIS Act, and FSP Network was nothing more than an extension of Sharemax, Bam says.

She found that the directors of FSP Network and Sharemax must be held personally liable for Ms S’s loss.

INVESTORS’ MONEY PAID OUT OF TRUST ACCOUNT BEFORE TRANSFER

Financial services ombud Noluntu Bam has asked the Law Society to investigate the trust account of attorneys Weavind & Weavind to establish how and under what instructions investors’ money was paid out of the account before transfer was taken of a property that was to form the basis of Sharemax’s Zambezi property syndication.

She says the Law Society should keep its fidelity fund informed of the matter in case claims arise. (The fidelity fund is intended to make good to clients when money held in trust is wrongfully used.)

Bam says what in essence happened was that money was collected from the public in the name of Zambezi Holdings. The money was deposited into the trust account of Weavind & Weavind.

Upon payment to Weavind’s trust account, the money found its way to Sharemax, which in turn lent it to Capicol, the company that was developing the Zambezi project. This is despite the fact that, according to the prospectus for the Zambezi syndication, investors’ money would be deposited into the trust account of Weavind & Weavind, “where it will enjoy protection”.

Bam says that by law investors are entitled to have their funds kept in the trust account of an attorney, a certified chartered accountant or an estate agent. “Such funds can only be paid out in the event transfer has taken place or where a disclosed underwriter is involved.”

She says Capicol was borrowing money from investors to pay for the construction of Zambezi and used part of the same money to pay interest to Zambezi Holdings, which in turn paid interest to investors. In other words, investors were being paid returns from their own capital.

“It is clear that the attorneys did not comply with the Attorneys Act and the Law Society’s guidelines.”

Bam was also critical of Zambezi’s auditors, ACT Audit Solutions, which, she says, “must have known that investors’ funds were being transferred out of trust. If this was an irregular transaction, then the auditor was under a duty to report the matter to the relevant regulators.”

The financial services ombud has ordered former financial adviser Morne Sean Lubbe to compensate a pensioner for the R90 000 he lost when he invested in the PropDotCom project of property syndication company Blue Pointer.

On Lubbe’s advice, Mr Z, of Villiersdorp in the Western Cape, invested R90 000 in PropDotCom in 2005, but shortly thereafter no income was paid to him.

Lubbe told financial advice ombud Noluntu Bam that he had personally invested R450 000 in the syndication and asserted that it was not a “risky business”.

But Bam found that the risks of investing in the unlisted shares of the syndication far outweighed any potential returns.

She found that Lubbe had not: warned Mr Z that there was a risk that he could lose all or part of his capital; provided Mr Z with a record of advice; and disclosed to Mr Z the commission he earned. In these ways, he contravened the Financial Advisory and Intermediary Services Act.
Posted by Tango at 1:14 AM