The big business of corruption 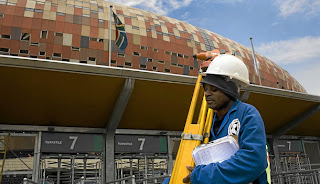 Soccer City was one of the projects alleged to be 'fixed' in a construction cartel. (Delwyn Verasamy, M&G) 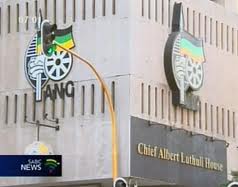 
Corruption seems to have become the norm and if big business can't keep its hands off public funds, can South Africans expect government to do so?

The alleged fixing of state construction contractsdominated newspaper headlines earlier this week, but soon petered out as allegations of fraud worth R30-billion left South Africa cold.
With no official response from any state department or, at the very least, condemnation from opposition parties, it raises questions on how acceptable corruption has become in South Africa – within the business sector in particular.
While government or state officials are roundly condemned for any indication of corruption in its dealings, the same cannot be said for when big business is caught with its hands the public funds cookie jar.
In an environment where the assumption is that business is not adequately punished for their improper conduct, it could be argued that it has become acceptable – or at least tolerable – for business to be corrupt.
Weekend newspaper reports pointed to evidence in a major fraud and racketeering probe, showing leaders in the construction industry illegally fixed state and other corporate contracts.
Large projects that were purported to be “fixed” included the reconstruction of both the Green Point stadium and FNB stadium in the run-up to the 2010 World Cup, the Coega development project, the Nelson Mandela Bridge in Johannesburg and the Gautrain.
Moreover, industry leaders named as having actively been involved in the bid-rigging included the likes of international conglomerates such as Murray & Roberts, WBHO, Group Five and Grinaker-LTA.
But instead of prompting the same level of outrage that met Nkandlagate, the R30-billion scandal has seen a muted response from civil society, opposition parties, government and the business sector.
Misconceptions
“South African discourse on corruption is shrouded in misconceptions,” said Ebrahim Fakir Wednesday, political analyst at the Electoral Institute of Southern Africa.
“It’s far too easy to simply point at someone and call them corrupt without dealing with the actual problem at hand.”
South Africa currently occupies the 64th position out of 189 countries that participate in the Transparency International Corruption Index – a gauge on how corrupt a country is when measured against global norms.
The country has slid more than 20 places down the index in the past five years, driven by the arms deal scandal, the conviction of former police commissioner Jackie Selebi on corruption-related charge, as well as the removal of Selebi's replacement, Bheki Cele, in connection with a questionable police lease deal.
But the corrupt practices of the business sector – both alleged and proven – are not seen to be the major drivers behind our tumble down this global scale, which is a problem.
“We are dealing with a double problem – dodgy dealings within government and within the private sector,” Aubrey Matshiqi, political analyst at the Helen Suzman Foundation said.
“If you have two partners willing to commit acts of corruption there is little chance of uncovering it and dealing with it effectively.”
Maximum penalty
At the moment, businesses found guilty of corruption or price-fixing receive a financial penalty administered by the Competition Tribunal.
The maximum penalty is no more than 10% of the firm’s annual turnover and it is normally far less than the rewards financial impropriety offers.
“Often it’s more beneficial for businesses to conduct corrupt practices as they know the punitive measures they face will not harm the profits they reaped during those nefarious activities,” Fakir added.
“Why would you want to stop doing something that doesn’t cost that much in the long run?” The real ethical issues at play are if the corporate sector is willing to take responsibility for its own wrongdoing, Fakir adds.
“Much of the business in South Africa has been built on the back of corruption and as such they [businesses] are not cognisant of their own wrong actions.”
War on corruption
​The ruling ANC is berated for claiming that corruption is a two-way street, frequented by both corruptor and the corrupted.
But is there not a point to be made for how the business sector conducts itself – seemingly without fears of sanction?
To properly wage war on corruption we would need political will and an appetite and willingness from the private sector.
Without the latter South Africa is not fully equipped to meet one of the greatest challenges in its democratic history.
“The country is at a stage where things could turn horribly wrong if we don’t take a stand against this now,” Bongi Mlangeni, spokesperson for Corruption Watch said.
“We should be outraged and concerned at even the slightest example of corruption &dnash; we can’t just watch and criticise. If we do, we are doomed.”

CORRUPTIONS SEEMS TO BE THE DRIVING FORCE BEHIND THE ANC/SACP/TRADE UNIONS IN SA.

Even the Broederbond are bed partners with the ANC.

What kick backs did FW De Klerk and his brother Wimpie get what we don't know about?

The new learnt from the old dogs.
Posted by Sonny Cox at 12:12 AM