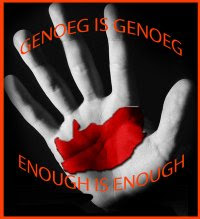 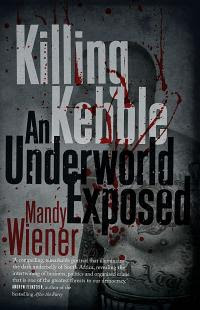 The trial of Oscar Pistorius is extraordinary in itself; there is something very dark at the heart of this case. But it is also extraordinary for what it is revealing, in unintended ways, about the heart of South Africa today.
On Wednesday, it was announced that the detective who was supposed to be leading the inquiry is to appear in court in May for attempted murder. It is alleged that two years ago, Detective Hilton Botha, while drunk, fired from a police vehicle at a minibus taxi full of black passengers. This kind of thing was a popular recreation for drunk, white policemen during the apartheid years. The case against Detective Botha was dropped, but has now been reopened, presumably because of the potential PR disaster.

Botha also suggested that a row between Pistorius and his girlfriend, Reeva Steenkamp, was overheard by witnesses. After questioning, he agreed that one of them was half a kilometre from Pistorius’s house. Botha has also admitted to not wearing protective clothing when entering the crime scene, and he announced, without forensic evidence, that Pistorius had testosterone in his house. It seems the drugs in question may have been harmless herbal remedies.

None of this comes as a surprise. The police in South Africa are notoriously incompetent, corrupt and poorly trained. Many of them barely speak English, and to watch an officer filling in a crime sheet, as I did recently, is to understand the notion of eternity. Only one in 50 hijackings lead to a conviction. Most murders go unsolved and the crimes and misdemeanours of the ANC upper echelons are ignored unless the press becomes involved.

There has been appalling corruption at the very highest: Jackie Selebi, the chief of police, was in cahoots with a gangster. Before his appointment, he had been head of the ANC Youth League. For years, he was protected by senior figures in the Mbeki government, although he was finally convicted in 2011 after sustained pressure from newspapers; predictably, he was released a year later on medical grounds: no comrade in the struggle must linger in jail. It is one of the redeeming features of South Africa that the press is free, if not always fearless. But even this freedom is under threat from new legislation. Nadine Gordimer, long-time ANC groupie, told me recently just how disillusioned she is.

It was reported that two representatives of the ANC Women’s League attended day one of the Pistorius trial; they sat on the bench next to the Pistorius family. One of them, Sally Nkosi Peterson, delivered her verdict. She said that Pistorius should be crushed by the “iron fist” of justice. This speaks eloquently of the ANC’s view of itself as more important than the law or the legal process; it’s not a political party, but a movement, peopled by “cadres” and “comrades”. Or perhaps it just indicates a profound ignorance of the notion of the rule of law, a failing shared with President Jacob Zuma. The most notorious member of the Women’s League was Winnie Mandela, who in 1989 escaped jail with the help of friends in high places for involvement in the kidnap of a 14-year-old boy, Stompie Moeketsi.

What has happened in South Africa over the past 20 years is a tragedy. In South Africa, there are very few people who believe any longer in the prospect of a decent and fair society under the ANC. As Desmond Tutu put it, the ANC leadership stopped the gravy train only long enough to jump aboard. The whole notion of a rainbow nation now seems hollow, even derisory. The truth is the ANC under Jacob Zuma is in tatters. If it is seriously challenged in an election by a coalition of opposition, the danger is that the ANC might turn racist and accuse white people of non-cooperation and exploitation. The Zimbabwean model, which would follow, had the fervent support of Julius Malema, once head of the ANC Youth League, now expelled from the ANC. He is the proud owner – it is reported – of five BMWs allegedly paid for by cronies for whom it is said he secured government contracts. Some years ago, Francis Fukuyama suggested that the biggest danger for South Africa would be white flight, both of capital and of educated people. It is happening.

Some serious commentators are talking of a failed state. The characteristics of a failed state are a complete lack of revenue collection, a lack of protection for citizens, a breakdown of civil society and its institutions, rampant corruption and an inability to pay international debts. Despite everything, South Africa is a long way from failure on these criteria. But there are alarming signs of decay.

The education system is failing – although it is significantly better in the Western Cape than in other provinces. The fact that the Cape is the only province it does not rule is difficult for the ANC to accept: there is still a pervasive sense that, because of its role in the nearly mythical “struggle”, it has the divine right to run everything, to control every quango, appoint every judge, to share out all the well-paid jobs, to ignore the constitution when it suits its purposes, and to use the organs of state for personal advantage. In the meantime, the gap between the rich and the poor grows and crime is widespread. Because of the list form of proportional representation, none of the MPs is responsible to anyone except the leadership.

Perhaps our expectations of the Mandela era were naive. Perhaps the legacy of apartheid was underestimated; perhaps the idea of a non-racial and fair society was not a real prospect; perhaps a reasonable education for all was never possible. But these failings are made far worse by the government of Jacob Zuma, a man who appears to be in the process of reinventing himself as a Zulu chief, complete with a leopardskin cloak that includes the flattened head of the leopard, irresistibly suggesting road kill. Financed by the state and supplemented by loans from questionable businessmen, Zuma has spent a vast amount of money fortifying and rebuilding his ancestral home. He has 21 children to house.

In the countryside, not far from his mansions, live some of the poorest of the rural poor. For me, born in South Africa and ever hopeful, it is one of the greatest disillusionments of the new South Africa that the ANC should routinely use the terrible apartheid years to justify or explain every breach of the law, every incompetence and every snout in the trough.

So back to the trial of Pistorius, with all its bizarre revelations. As it happens, I love being in South Africa: it’s never dull.