Agliotti: It was me or Selebi


“I ask you with tears in my eyes, where’s the free and fair justice system in this country? People ask me do I trust the NPA (National Prosecuting Authority), and I say no, I trust the people of this country, that’s who.” 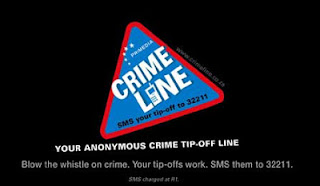 Agliotti: It was me or Selebi


The Star
Glenn Agliotti relaxes in Sandton City before the official launch of his book. Picture: Chris Collingridge
Related Stories
Now Agliotti rebuilds his life
Agliotti takes swipe at Cliff
Agliotti smooch haunts lawyer
Agliotti sitting pretty while Selebi battles
Johannesburg - Glenn Agliotti is still an angry man. He is bitter that he was arrested, threatened and charged with killing mining magnate Brett Kebble and made a virtual prisoner for years while the men who shot Kebble got away scot-free.

“I want to show the public how destructive the justice system can be in the wrong hands,” he told The Star on Thursday night ahead of the release of his memoirs.

“I should never have been arrested; the judge said so. In fact, when the Scorpions took me in the foyer of my own house, the officer said ‘I’m arresting (you) for the murder of Brett Kebble’ and then said ‘but if you give up (then top cop Jackie) Selebi, we’ll give you a section 204 (immunity)’. I asked ‘if I do, who are you going to arrest for killing Kebble then?’.”

Even though many other books have been written on the saga, he wants to have his story told.

“I ask you with tears in my eyes, where’s the free and fair justice system in this country? People ask me do I trust the NPA (National Prosecuting Authority), and I say no, I trust the people of this country, that’s who.”

He is angry, too, that South Africans were quick to equate disgraced national commissioner Selebi’s medical parole with that of convicted fraudster Schabir Shaik.

Even though it was Agliotti’s testimony that helped convict Selebi, Agliotti says the former top cop was seriously ill and deserved to be released from jail - where he was serving a 15-year sentence for taking Agliotti’s bribes.

This is just one of the revelations in Glenn Agliotti, A Biography, written by Peter Piegl and Sean Newman.

Agliotti admits, though, that he felt no remorse for turning on his former friend, who he treated to gifts from Sandton boutiques and cash payments.

“There’s no excuse for betraying a friend, but we all have choices to make, and the net had closed in on both of us.”

He remains amazed, too, that not only was there an issue with him giving Selebi “gifts”, but that he was taxed on them.

Giving gifts, he told Piegl and Newman, “happens all the time. Ministers are constantly getting gifts in response for a favourable response. (Scorpions officer) Piet Jonker was even given a motorbike from (Kebble’s confessed killer) Mikey Schultz.”

Sars, he says, targeted him on purpose.

“I’ve always found it interesting that I was taxed on the money I used to bribe Jackie Selebi, but Sars never did the same with Kebble or Jackie.

“And as for Clinton Nassif, who by his own admission stated that the Kebbles paid him money so that he could bribe various people, which he kept for himself… seems there are different sets of rules for different people.”

Agliotti believes his relationship with Selebi was both a blessing and a curse. Had he not known Selebi, Agliotti claims he would never have been charged with Kebble’s murder.

He remains incensed at what happened to the actual killers.

“We’re the only country in the world that allows confessed killers to walk away scot-free - no diminished sentence, just absolute freedom.”

These days, Agliotti is determined to get on with his own life.

“I’ve always been a hustler. For someone who lacked education, my talent for convincing people has been my meal ticket, even though it also contributed to situations I’ve found myself in. I’ve blurred the lines and found myself on the wrong side of the law, but I’ve paid for my transgressions.”

He is now involved in joint ventures in gold and iron ore mining in Kenya, Zimbabwe, Botswana and Zambia.

* See The Star for an extract from Glenn Agliotti, A Biography