Captain Morris 'KGB' Tshabalala appears in the Sasolburg Magistrate's Court yesterday in connection with the February 16 attack on a cash-in-transit van. Tshabalala has slipped through police nets for more than a decade and become a top spy

Embattled spy cop Captain Morris "KGB" Tshabalala could - in a desperate bid to save his own skin after being fired yesterday - expose the involvement of current and former police top brass in alleged widescale corruption. 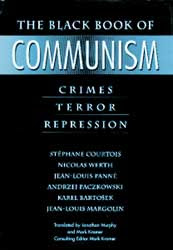 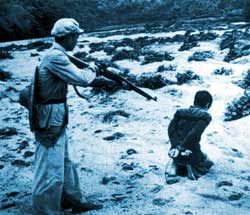 The heist-accused crime intelligence officer's woes deepened yesterday as a 15-year warrant of arrest for armed robbery was executed, immediately putting him in prison for 10 years.

The scandal around how Tshabalala managed to evade arrest since 1998, how he was employed as a crime intelligence officer despite having a criminal record and how he got top security clearance has left SA Police Service bosses red-faced and spurred them into action.

The Times exposed Tshabalala's chequered past soon after his arrest three weeks ago for alleged involvement in a R3-million cash-in-transit heist in February.

He is also being investigated in connection with seven other cash-in-transit heists in which more than R30-million was stolen.

The Times has learnt that Phiyega and the head of the Hawks, Lieutenant-General Anwar Dramat, led a high-level meeting in Pretoria yesterday at which the police commissioner apparently ordered that Dramat personally oversee an investigation into Tshabalala.

Police sources close to the investigation said the 39-year-old officer was possibly entering negotiations that would purportedly expose high-ranking officers and a web of alleged corruption.

It is suspected that Tshabalala used his knowledge of their activities and those behind them to stay out of prison.

But Tshabalala's lawyer, Dolph Jonker, yesterday denied any knowledge of plea negotiations, "in this or any other matter".

"There is nothing more I want to tell you about this or any other matter relating to Tshabalala," Jonker said.

Phiyega is said to have demanded at yesterday's meeting to be informed of Tshabalala's new prison number - 213218917.

This, according to sources, is so she can be sure he is finally behind bars. She wants Dramat to investigate who squashed a May 1998 warrant for Tshabalala's arrest and the related serious security breaches at the SAPS criminal record centre. The warrant, executed against a surprised Tshabalala in his prison cell yesterday, relates to a 1994 armed robbery in Pretoria.

He was convicted and sentenced in 1996 to 10 years in prison, but appealed the sentence after serving just two weeks of it.

In 1998, he abandoned his appeal, which prompted the issuing of the warrant.

But Tshabalala never returned to prison and, in fact, joined the police service in 2002. Within six months he was promoted from the rank of constable to captain.

Yesterday, Tshabalala told officers he had never known his appeal had failed and if he had, he would have handed himself over to police.

He is being held in Groenpunt maximum-security prison in Free State awaiting trial in the Sasolburg cash-in-transit heist case.

But his co-accused, Sergeant Willby Molefe, Sipho Nkosi, Mapotswe Moloi, Lehlogonolo Tiekelele and Sipho Motsamayi, are still pursuing their bail applications and will appear in the Sasolburg Magistrate's Court again next week.

Tshabalala has been put in a single cell because, police say, he is considered a high-risk prisoner who cannot be booked out without notification of the investigators.

A detective, however, said the placing of Tshabalala in a single cell showed the influence he still wielded.

"We believe the level of corruption Tshabalala potentially has knowledge of goes right to the top. It is around past and present senior officers," the detective said.

Hawks spokesman Captain Paul Ramaloko declined to comment on any aspect of the investigations of Tshabalala.

"He is a sentenced prisoner and is awaiting trial in connection with the Sasolburg heist," he said.
Posted by Tango at 10:47 PM