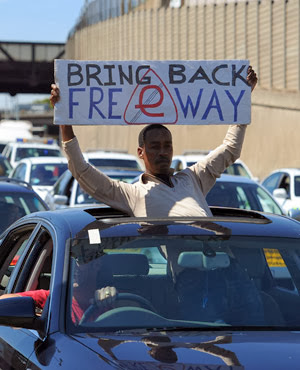 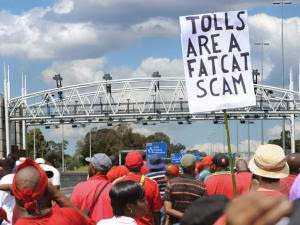 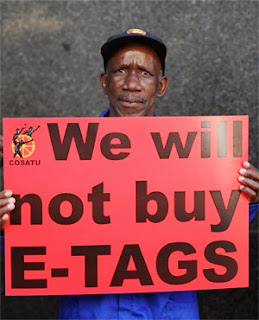 What irks motorists about e-tolls

No end to war of words over e-tolls

Non-payment of e-tolls is criminal - Sanral

Sanral under fire over invoice statement

Cape Town - The increasing resistance toward e-tolls has given rise to the largest defiance campaign in post democratic South Africa, said the Opposition to Urban Tolling Alliance (Outa) in a statement on Monday.

Outa chairperson Wayne Duvenage said the campaign is being driven from all sectors of society, Labour (Cosatu), the Churches (SACC), Business (SACCI, JCCI, BUSA, BMF) and civil society at large.

“The situation unfolding has all the signs of a very successful civil action - defiance campaign, the largest in our new democracy,” said Duvenage.

He said the extent of the rejection of e-tolls by Gauteng road users is twofold.

"[It] is not only in the 80 to 85% of freeway users refusing to purchase e-tags, but also in the clear signs of an estimated 1.5 million road users that will probably not pay their e-toll bills".

Duvenage said that motorists are not budging despite threats by SA National Roads Agency Limited (Sanral) and the government.

"This ‘big stick’ approach is a gamble which appears to be back-firing and giving rise to a heightened rebellious chorus of resistance."

He said that Outa is hoping that sanity will prevail in the New Year, to overcome the e-tolls saga, which is doing more damage than good for the country.

“E-tolling is successful in environments where high levels of trust between the public and the authorities exist.
"They also work when there are low costs of administration (below 10%) and extremely high levels of public acceptance and compliance (over 90%)."

Outa believes that virtually none of these factors exist within the Gauteng e-toll project.

"As long at the current vast majority of road users boycott the e-toll system, it will fail and have to be funded by the fiscus", added Duvenage.