Jang Song-thaek, a native of the far northeastern border city of Chongjin who hailed from humble roots but was sharp enough to gain entry to prestigious Kim Il-sung University in Pyongyang, rose from municipal bureaucrat to vice chairman of the National Defense Commission and member of the Political Bureau - posts that put him second in power only to Kim. 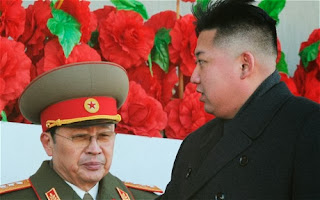 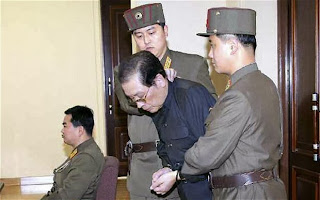 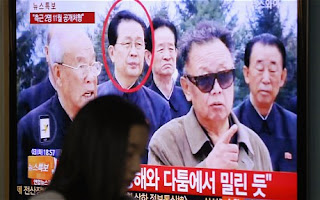 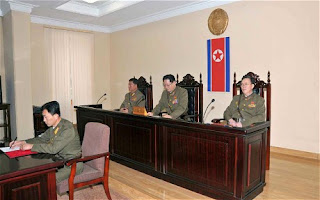 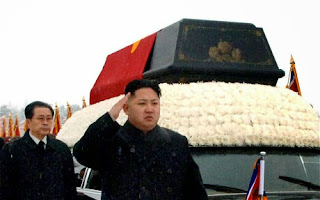 The special military tribunal being held in Pyongyang, North Korea to try Jang Song-thaek (EPA)
A well-traveled diplomat with a network that spread to China, Jang was considered the chief architect of economic policy that focused on partnering with the neighbor and ally.

His ties to Kim were more than political: Jang was married to the leader's aunt, Kim Kyong-hui, and in late 2008, he was assumed to be serving in a regency role while the young heir, then in his late 20s, was being groomed to succeed father Kim Jong-il. Jang often accompanied Kim Jong-un on guidance trips, and stood at his elbow at public events.

Rumours of Jang's dismissal began surfacing in Seoul last week. On Sunday, he was fired from all posts at a special party meeting and dragged away by the arms by soldiers. Four days after his dramatic public arrest, Jang was tried for treason by a special military tribunal and executed on Thursday, state media reported. He was 67.
Related Articles
North Korea state media announce execution 13 Dec 2013

North Korean leader Kim Jong-un walks past his uncle Jang Song-thaek, left, AP Photo/Kyodo News
The list of crimes against Jang was long, with plotting to overthrow the leadership the most serious of the allegations. Jang confessed, according to state media.
For the outside world, the 2,700-word treatise ripping Jang's reputation to shreds provided an intriguing and revealing glimpse into the murky, feudalistic world of politics in the secretive country.
For North Koreans, the shocking public humiliation of a man seen as a father figure to Kim Jong Un was designed to send a clear message about the intolerance of opposition in a totalitarian state that demands absolute loyalty to the leader.
It was a humiliating end to a complicated career.

Jang started his career as instructor for the Pyongyang City Committee of the Workers' Party, and he rose post by post until reaching the top ranks.
He was purged and sent to a labour camp for two years in the mid-2000s, according to Kim Young-soo, a North Korea expert at Sogang University in Seoul, South Korea. That purge was widely seen as a move to clip his wings.
It was after Kim Jong-il's stroke in 2008 as the regime began grooming Kim Jong-un to succeed him that Jang began making a meteoric rise to the inner circle. That rise gained speed after Kim Jong-il's death from a heart attack in December 2011.
Jang was not a career military man but was made a four-star general, and often appeared at state events in a trim white general's uniform. He was appointed director of the Administration Department of the Central Committee of the Workers' Party, a position that gave him power over security agencies as well as the judiciary.
And as a standing member of the Political Bureau, he helped engineer a campaign to bring the once-powerful military into the party's fold.
Jang also played a key role in shaping economic policy in the impoverished country, particularly expanding joint ventures with foreign countries, particularly China. Under Kim, the regime has made improving the economy a main party objective, along with building nuclear weapons.
Jang recently added a new title to his portfolio: chairman of the State Physical Culture and Sports Guidance Commission, one of Kim Jong-un's pet projects. He last was seen publicly in early November meeting a sports delegation from Japan.
Jang Song-thaek (left) with North Korean leader Kim Jong-un (AFP/getty Images)
A shrewd-looking man who looked out on the world from tinted glasses, Jang had basked in his special status as the nation's No. 2 official. He displayed a noticeable insolence at public events where the rest of the top officials sat at attention, clapping with the kind of ennui only displayed by one other man: Kim Jong-un.
In a sharply worded character assassination, state media portrayed him as a power-hungry and ambitious challenger to the throne who resorted to nepotism and favoritism to build his "little kingdom" as he plotted a coup against his nephew.
In North Korea, opposition to the supreme leader is treated as a criminal, counterrevolutionary act.
State media accused Jang of destroying the economy for his personal benefit, blaming him for masterminding the 2009 currency revaluation that sparked rare protests in North Korea. He was held responsible for the shoddy quality of construction materials, charged with secretly trading in rare metals and was criticised for encouraging private enterprise.
Jang Song-thaek walks behind North Korea's new leader Kim Jong-un during Kim Jong-il's funeral
He was described as a libertine and secret capitalist who distributed pornography and blew 4.6 million euros ($6.3 million) on gambling, according to state media.
Some of the accusations are petty: reportedly rejecting factory workers' proposal to erect a mosaic of the two late leaders, ordered that a granite sculpture featuring Kim's signature be put in the shade, not in a central spot.
Jang's conviction was preceded by the reported executions last month of his two closest confidants. North Korea's state-run Korean Central News Agency confirmed one ally's purge on Wednesday, calling Ri Ryong Ha a "flatterer" and stooge who with Jang was building an anti-Kim faction within the party.
The purge of Jang's accused comrades will continue, state media said.

What Jang's execution means for his wife was unclear. Kim Kyong-hui plays a key role in a leadership structure that stakes its claim to legitimacy on blood relations to her father, North Korea founder Kim Il-sung. Frail and said to be in bad health, Kim has not been seen publicly in footage and photos aired of this week's proceedings.
The Jangs, who met at university and married in 1972, have no surviving children, according to the South Korean government-run Information Center on North Korea. Their only child, a daughter, committed suicide in 2006 at age 29 while studying in Paris, according to South Korean media.
Jang's execution also calls the future careers of his relatives into question. A brother-in-law who is the ambassador to Cuba and his nephew, the ambassador to Malaysia, reportedly were recalled to Pyongyang, according to South Korean officials.
Another relative, the deputy tourism minister, cancelled a trip to attend a tourism conference in Taiwan this week, Taiwanese officials told the island's state news agency, CNA.
Posted by Tango at 5:14 AM