Ukraine police stand down after clashing with defiant protesters 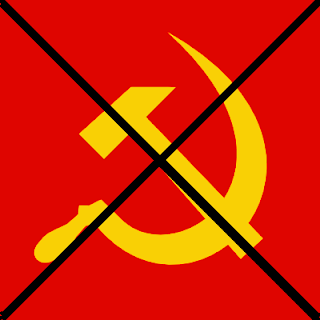 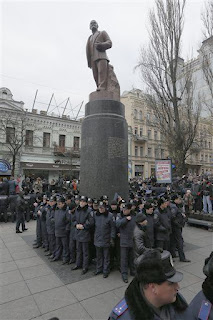 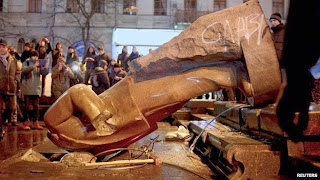 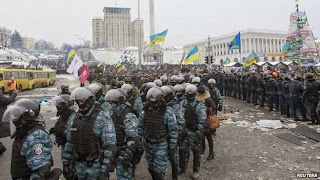 Ukraine police stand down after clashing with defiant protesters

Dec. 10, 2013: Riot police push away pro-European Union activists from their barricades at the Ukrainian presidential administration building in Kiev, Ukraine. Heavily armed riot troops broke into the offices of a top Ukrainian opposition party in Kiev and seized its servers Monday, the party said, as anti-government protests crippled the capital for yet another day. Elsewhere police dismantled or blocked off several small protest tent camps set up near key national government buildings in the city. (AP)

Several thousand police in riot gear pulled back after clashing with protesters in the central square of the Ukrainian capital Wednesday following an overnight confrontation in which police scuffled with demonstrators as they dismantled barricades and evicted protesters from tents.

Police tore down barricades surrounding the camp at Independence Square in Kiev early Wednesday, but were forced to move back after fierce resistance from thousands of protesters, whose ranks swelled as the night went on.

Several thousand protesters who remained on the square after dawn cheered as police drove away.

"This is a great victory," Arseny Yatsenyuk, a top opposition leader, shouted from the stage.

Scuffles broke out between police and opposition lawmakers early Wednesday, one of whom laid down on the snow trying to block a vehicle from advancing on the camp. An Orthodox priest sang prayers, and one protester undressed to his waist in the frigid air, got down on his knees and shouted "Stop this ... We are one people!"

Several demonstrators and police were injured in the scuffles and ambulances were seen on the square. But police appeared to be under orders to refrain from using excessive force, unlike the violent beatings of protesters in recent weeks. Some policemen helped injured activists up from the ground and moved them away. At least one tent caught fire after a metal barrel where a fire was burning to keep demonstrators warm overturned.

Kiev police said authorities were merely trying to clear the streets leading to Independence Square, but not to remove the main encampment, the Ukrainian Interfax news agency reported.

Meanwhile, scores of protesters remained barricaded inside the Kiev city hall building, which they had been occupying for weeks. They hosed down the steps leading to the entrance with water so police would slip on the ice.

A group of police that had been stationed outside the building departed from the scene early Wednesday.

Secretary of State John Kerry issued a strong statement, expressing the United States' "disgust with the decision of Ukrainian authorities to meet the peaceful protest ... with riot police, bulldozers, and batons, rather than with respect for democratic rights and human dignity."

"This response is neither acceptable nor does it befit a democracy," said Kerry, urging authorities to show "utmost restraint" and protect human life. "As church bells ring tonight amidst the smoke in the streets of Kyiv, the United States stands with the people of Ukraine. They deserve better."

Opposition leader Vitali Klitschko, who is the reigning world heavyweight boxing champion, urged Ukrainians to rush to the center of the capital to defend democracy. "We will say no to a police state, no to a dictatorship," he told protesters in the square.

The protests began in late November when Yanukovych backed away from a pact that would deepen the former Soviet republic's economic ties with the 28-nation EU — a pact that surveys showed was supported by nearly half the country's people. The agreement would make Ukraine more Western-oriented and would be a significant loss of face for Russia, which has either controlled or heavily influenced Ukraine for centuries.

The confrontation at the protest camp unfolded as EU foreign policy chief Catherine Ashton and U.S. Assistant Secretary of State Victoria Nuland were in the city to try to talk to the government and the opposition and work out a solution.

Nuland visited Independence Square on Wednesday and talked to protesters, an opposition leader told Reuters. Her visit was confirmed to the news agency by the U.S. embassy.

Aiming to defuse a political standoff that threatens his leadership, Yanukovych had called Tuesday for the release of the demonstrators arrested in the massive protests sweeping Kiev and vowed that Ukraine is still interested in integrating with Europe.

His efforts, however, stopped far short of opposition demands that his government resign, and the two sides appeared no closer to a resolution that would chart out a secure future for their economically troubled nation.

Soon after Yanukovych spoke in a televised broadcast, top opposition leader Arseniy Yatsenyuk told demonstrators at the square that the protest leaders were still insisting on their key demands: that Yanukovych fire the government, appoint a new one committed to signing an association agreement with the EU, release all the arrested protesters, and punish the police who beat peaceful demonstrators.

Riot police have twice previously dispersed demonstrators with clubs and tear gas, beating some severely enough to send them to intensive care.

Yanukovych, in a televised meeting with Ukraine's three previous presidents, said he asked the prosecutor-general to ensure the release of some of the protesters — those who haven't committed grave crimes and who have children or families.

"Certainly, such people will be released," the president said.

Investigations into the actions of the freed protesters would still continue, he said.

Yanukovych also vowed to renew talks with the EU on the trade and political agreement. He indicated he was still willing to sign the EU deal at a summit in spring, but only if the EU can offer better financial terms. He said at present, the EU agreement could cost economically struggling Ukraine billions in lost trade with Russia, which has used trade threats to try to keep Ukraine in its orbit.

"We want to achieve conditions that satisfy Ukraine, Ukrainian producers, the Ukrainian people," Yanukovych said in the televised meeting. "If we find understanding and if such compromises are reached, the signature will be put" on paper.

The EU's enlargement commissioner, Stefan Fule, said Tuesday the bloc was ready to step "up the European Union's financial assistance programs to help Ukraine implement the agreement, when signed."

But Yanukovych appeared unreceptive to the criticism voiced by Leonid Kravchuk, Ukraine's first president, who said that beating protesters was simply unacceptable.

"Law enforcement must know that it is forbidden to beat people. And there can be no justification" to do so, a stern Kravchuk said, sitting with Yanukovych and the two other former leaders at a table decorated with blue-and-yellow flowers — the colors of the Ukrainian flag.

Yanukovych insisted both sides were guilty.

Kravchuk and his successor, Leonid Kuchma, hinted that Prime Minister Mykola Azarov's resignation could help defuse the crisis, but Yanukovych did not comment on that.

Ukraine's dire economic straits have also been a factor in its political crisis. The country of 46 million people has been in recession for more than a year, and the government is in desperate need of foreign funding to avoid a default.

Moscow has worked aggressively to derail the deal with the EU and lure Kiev into its own economic group by offering price discounts and loans as well as imposing painful trade restrictions.

Yanukovych said he would renew talks with the International Monetary Fund about getting a bailout loan.

But some analysts were skeptical that Yanukovych's pro-EU talk was genuine, believing he was still trying to play off Russia against the bloc.

"I am not sure these comments will be taken that seriously after the fiasco in the run-up to Vilnius," where the agreement was to have been signed, said Tim Ash, an emergency markets analyst with Standard Bank in London.


Thousands of riot police and protesters clashed this morning in Kiev as police attempted to move them from a number of camps around government buildings.
Protesters are calling for closer ties with Europe, and are angry at the perceived closening of ties with Russia, its former Soviet master.

On November 21, the Ukrainian government announced it did not sign a trade pact with the EU amid speculation of pressure from Moscow

Thousands poured into the streets, and have remained there, urging President Viktor Yanukovych to go ahead with the deal
European leaders say the trade pact would have brought investment, and that failure to sign risked the economic future of the country

Under the deal, Ukraine would have had to agree to improve its justice and human rights record, and to look into ways of clamping down on corruption

Supporters of former prime minister Yulia Tymoshenko, leader of the 'Orange Revolution' hoped the deal would mean she would be released from prison