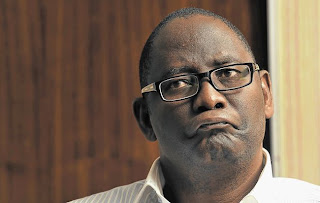 Problems such as xenophobia, corruption, gender-based violence, and substance abuse were rooted in economic misery, he said in Johannesburg.
"All of these are rooted in another set of three even bigger demons; unemployment, poverty, and inequality, which provide a fertile breeding ground for all the others."
Vavi was speaking at a seminar hosted by the University of the Witwatersrand's African centre for migration and society.
He said the latest figures on unemployment indicated things were getting "even worse".
Statistics SA reported this week that the official unemployment rate in the first quarter of the year had risen to 25.2% from 24.9% in the last quarter of 2012.
Vavi said this did not reflect the full extent of the problem, as it excluded discouraged work seekers and those reduced to "cutting hair at the corner of the street".
South Africa also had the most unequal society in the world, he said.
"If we do not address this, the demons... will be unleashed," he said.
The "real enemy" was the capitalist system, which undermined social cohesion.
He dismissed business concerns that a proposed national minimum wage would lead to job losses as "propaganda and lies".
"A national minimum wage would be a significant step towards securing greater social cohesion," he said.

VAVI YOU WILL NOT SOFTEN YOUR OWN FALL BY BLAMING CAPITALISM HERE.
THE REAL ENEMY IS ZUMA, HIS FAMILY, HIS CABINET AND HIS GOVERNMENT (ANC).
ONLY WHEN YOU TELL THE TRUTH SHALL YOU BE SET FREE!
GREED COULD BE THE ROOT TO ALL YOU OWN PROBLEMS........