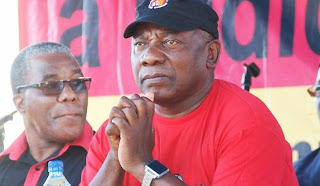 In a significant escalation, mineworkers in the Marikana area are blaming the NUM for the murder of an AMCU member who was due to appear at the Farlam Commission of Inquiry into last year’s massacre. Under pressure to protect its members and fight to retain its position as mining’s leading union, it appears the NUM is becoming more militant. By GREG NICOLSON.

The man who stood to lose the most behind the violence?

Then he received a political posting to avoid the HEAT?

WILL WE EVER KNOW THE TRUTH?