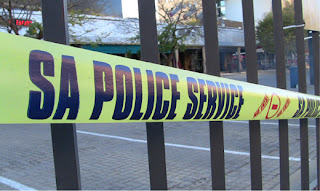 JOHANNESBURG - One of Johannesburg's top cops has been found murdered in a field in Hammanskraal, north of Pretoria.

While Eyewitness News knows the identity of the senior policeman it cannot be revealed because his family has yet to be informed.

The senior officer’s state car was found abandoned in Hammanskraal by police patrolling the area on Monday night.

Once it was confirmed who the vehicle belonged to, officers visited the policeman’s home and were told by his wife that he hadn’t been home since the afternoon.

They launched a search for the officer and his body was found in a field near the R101. Officials have revealed the policeman was shot in the head while his hands and feet were bound.

The police are still on the scene and are investigating.
The motive is not yet known and no arrests have been made.

BETRAYAL - EXECUTION STYLE??
THIS MAJOR GENERAL SEEMS TO HAVE HAD ENEMIES......?
What were the motives for this killing?