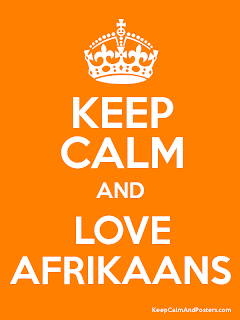 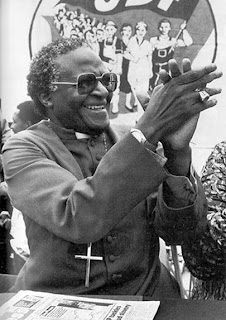 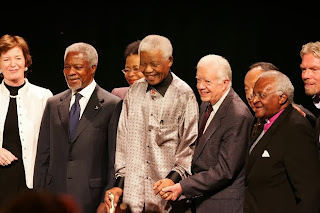 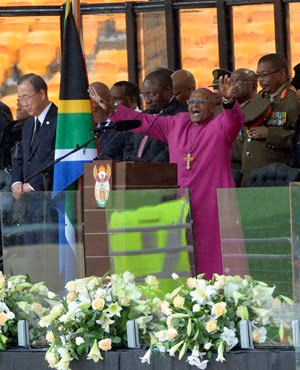 Some shun Zuma's tribute to Mandela

"I want to show the world we can come out here and celebrate the life of an icon," a visibly angry Tutu shouted at the crowd.

"You must show the world that we are disciplined. I want to hear a pin drop."

As he spoke, some people in the crowd started talking, and Tutu pointed at them and shouted.

"We promise God that we are going to follow the example of Nelson Mandela," he said.

Singer PJ Powers and a band sang: "Nelson Mandela, there is no one like you", as the crowd filtered out of the stadium.

Earlier, Gauteng Premier Nomvula Mokonyane and Ramaphosa made a vote of thanks.

Friends, colleagues, comrades and family of Nelson Mandela are invited to share their memories and tributes, and to light a candle for him, on his profile at Remembered.co.za.


Mbombela - Mourners fought for food and hurled insults outside the Mbombela Stadium on Tuesday where thousands gathered to watch a live broadcast of late President Nelson Mandela's memorial service.

They were heard complaining that they had to get up early to catch buses at 06:00 that ferried them to the stadium free of charge.

“We were told to wake up early to catch a bus to the stadium to mourn our father Nelson Mandela but now they refuse us the food," one mourner said.


Packs of food flew through the air as people grabbed it out of each other's hands.

“We stood here long and are so hungry. It is better that we force our way to the food," he said.
Others said they would not eat food if they had to take it by force.

AENS was unable to get through the crowd to get comment from the harassed caterers.

The shoving was so intense that one of the vans was nearly pushed over. - African Eye News Service

Friends, colleagues, comrades and family of Nelson Mandela are invited to share their memories and tributes, and to light a candle for him, on his profile at Remembered.co.za.