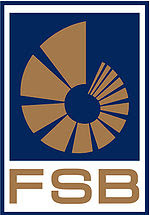 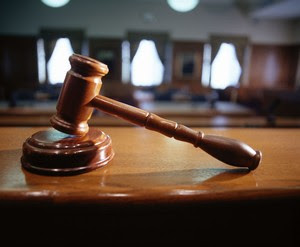 inancial statements for Nova Property Group show that investors who bought Sharemax products have lost R2.2bn. Nova is the company that owns all the properties that used to belong to investors in the various Sharemax property syndication companies. Nova was formed as a result of a ‘Section 311’ rescue scheme which received court sanction in January last year.

It is difficult to understand why Nova’s directors, Dominique Haese, Connie Myburgh, Dirk Koekemoer and Rudi Badenhorst, have been so unhelpful. After all, Nova Property Group is a public company. Its financial statements ought to be available to anyone who requests them. Why not simply e-mail them to investors, or make them available for download on the Internet?

Moneyweb made two separate requests for Nova’s financials to the disclosure division of the Companies and Intellectual Property Commission (CIPC). In both instances CIPC replied that there were no financials on record.

This prompted Moneyweb to ask CIPC spokesman Sizwile Makhubu if his organisation was concerned that no financial statements had been filed for this multibillion rand public company.

Makhubu investigated the matter and discovered that Nova’s financial statements had in fact been filed. He apologised for the mistake. Makhubu said the documents had been filed electronically. He says: “There are instances when electronic documents are not physically printed and filed.”

Makhubu provided Moneyweb with Nova Group financial statements for the period ended February 29, 2012. Investors and other interested parties can download them here.

One of the most interesting nuggets of information to be found in the financial statements is a R35m loan from Sharemax Investments to Nova. The loan is “unsecured, bears interest at rates determined from time to time, with no fixed terms of repayment”. It is unclear how this loan came about. Sharemax Investments is currently under business rescue.

The financial statements also provide some reasonably clear information about the debentures that have been issued to investors. Under the old Sharemax structure, about 33 000 investors were owed a total amount of R4.35bn by the various syndication companies. Under the Section 311 scheme, they were offered a choice of either shares or debentures, which would replace their claims against the syndication companies. It seems the vast majority chose debentures.

The values of the new debentures are linked to the “fair market values” of the relevant properties. Valuations for the properties were performed by DP Cohen, of DP Cohen Consulting.

In total, the new debentures were valued at R2.1bn at 29 February 2012. Thus, the investors had lost R2.2bn, or half of what they originally invested.

These developments are disclosed as “inventory”. Says Prakke: “The valuations of development properties are based on cost as if Nova is a fish and chip shop. No revaluations have been done and the values are grossly over-stated.”

The financial statements only provide information for one month’s trading, because the properties were acquired on February 1, 2012. A further issue highlighted by Prakke, is that the properties only received rental income of R11m in this month. However, operating expenses, excluding depreciation, came to R10m, and finance costs, including payments to debenture holders, amounted to R5m.

Says Prakke: “The result is that this group is not generating enough operating cash to pay for expenses. They will have to borrow money at some stage to pay for day to day expenses, unless occupancy and rental income increases drastically.”

Prakke says that his comments do not reflect in any way on the audit performed by auditors BDO South Africa.

On Monday a copy of this article was e-mailed to all Nova Directors with the invitation to correct possible factual errors and offer comment before 5pm the following day. No response was received from any director.

The table below compares the values of the original Sharemax syndication companies with the relevant Nova debentures at 29 February 2012:

Author: Julius Cobbett
22 May 2013 12:39
Auditors should have known about Sharemax irregularity – Ombud
ART

JOHANNESBURG –
Auditors for Sharemax should have known an irregularity was taking place. This is one of the findings in the latest determination by the Ombud for Financial Services Providers (Fais Ombud) Noluntu Bam against a financial adviser who sold Sharemax products.

The determination orders the adviser, as well as four Sharemax directors, to repay a 73 year-old pensioner the R490 000 she invested in Zambezi Retail Park, Sharemax’s second-largest syndication. This is the second determination that has found Sharemax’s directors liable for an investor’s loss. The directors are: Dominique Haese, Gert Goosen, Willie Botha and Andre Brand.

Bam’s determination, dated May 16, takes particular aim at auditing firm, ACT Audit Solutions. This firm has since changed its name and is now known as Advoca Auditing.

Bam states that the auditors failed to report an irregularity timeously to the regulatory body, the Independent Regulatory Board for Auditors (IRBA).

The irregularity in question was the release of investors’ money out of an attorney’s trust account before they had taken transfer of their property. This happened in Sharemax’s two largest syndications, Zambezi and The Villa, and left them in a very precarious position.

Prospectuses for Zambezi and The Villa stated that investors’ funds would remain in the attorney’s trust account until immovable properties were transferred.

ACT Solutions did alert IRBA to this irregularity. But it did so on November 5, 2010. By then Sharemax’s troubles were well known. The irregularity reported served little purpose in protecting investors.

By the time ACT reported the irregularity, Zambezi and the Villa had already raised R2.3bn from investors. The first Zambezi prospectus had been registered three years earlier, on November 15, 2007.

In her determination, Bam notes that her office sent ACT Audit Solutions a letter which asked a number of important questions. An extract of this letter, together with ACT’s lawyer’s response, can be read in the determination.

Bam says it is of concern to her office that ACT does not state when the irregularity was discovered. Nor does it give detail as to the circumstances that led to the discovery.

“The auditors must have known that the investors’ funds were being used to fund the building of the mall and that interest payments, of 12%, to the investors also came from their own funds,” writes Bam.

She concludes: “The auditors, ACT now known as Advoca, failed to report the irregular transaction to IRBA timeously. They ought to have known that investors’ funds were being paid before transfer had taken place. At all times they had access to that information. Also, they ought to have known that this money was ultimately lent to developers who borrowed the money and used the same funds to pay 14% interest back to Sharemax.”

Asked by Moneyweb to comment, Advoca managing director Jacques van der Merwe says: “In response to the determination made by the FAIS Ombud we are satisfied that we answered their enquiries directed to us sufficiently. We did not receive any further enquiries from them after our detailed response on any issues now raised in the determination. We are therefore not going to deal with the issue in the electronic media.”

This is not the only controversy faced by ACT. Moneyweb has previously reported on how the firm changed its mind on a clean audit it gave Sharemax-promoted Flora Centre. ACT only changed its mind after it was notified by IRBA that a complaint had been laid against it relating to the Flora Centre financial statements. For a detailed analysis of these financial statements, see Inside Sharemax’s “magic”.

Bam says it appears that Sharemax is claiming that there was a mere ‘copy and paste’ error in the prospectus. “This is disingenuous and against the probabilities,” says Bam. “This is a material term of the contract between Sharemax and the investors. Most investors would not have participated if their funds did not enjoy the protection of an attorney’s trust account. This simply cannot be swept under the carpet as a ‘copy and paste’ error. Equally it is far too late to even consider a rectification of the prospectus, large numbers of investors already parted with their funds.”

Bam continues: “The information received by this office is that [Sharemax] representatives specifically told investors that their money will remain in the attorney’s trust account and will only be paid out upon registration of the transfer of the property. The investors were told to pay their money only to and directly into the attorney’s trust account. There the money will be safe.”

Bam also notes that her office is in possession of promotional pamphlets produced and distributed by Sharemax. The pamphlets state: “Investment funds are paid into the trust account of Weavind & Weavind attorneys (established in 1905), which falls under the protection and insurance of the Law Society of South Africa, until the property is ready for transfer into the investors’ names.”

Says Bam: “This statement is consistent with the representations made in the prospectus and its purpose is to assure investors that their funds enjoyed protection. On [Sharemax and its directors’] own version they knew, at the time of producing this pamphlet, that they were wilfully and deliberately misleading members of the public as they equally knew that this protection offered in the prospectus and in this pamphlet was merely a ‘cut and paste error’ and that the prospectus was subject to rectification. The pamphlet was distributed in 2010.”

Furthermore, Bam says that after every investment was made, each investor received a letter from Sharemax. The letter states: “…your investment is deposited into Weavind & Weavind’s trust account, and is kept there until the investment amount is processed and the property is transferred. After this your shares are issued to you as described in the prospectus.”

Bam says these letters were still being written to investors after the “mistake” was discovered.

“The only reasonable conclusion to be drawn from this conduct is that the second to seventh respondents were involved in a scheme calculated to defraud members of the public.”