South Africans get ready for the Venice Biennale 2013

No Fear No Favour No Rembrandt's found in Africa....... 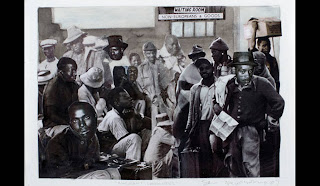 The controversy around the selection of South Africa’s 2011 entry to the Venice Biennale, the world’s most prestigious and most lavish international art show, divided the arts community. This year’s entry, “Imaginary Fact: Contemporary South African Art and the Archive”, which showcases the work of “a radically diverse group of contemporary artists and their spectrum of experiences”, has received a far better press, although the relative paucity of female artists has drawn some criticism. J BROOKS SPECTOR spoke to Sam Nhlengethwa and David Koloane, two of the “elder statesmen” of the new wave of artists who moved light years beyond the artistic confines of “township art”, starting in the 1960s and 70s. 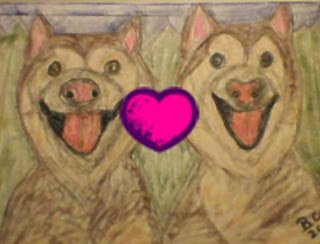 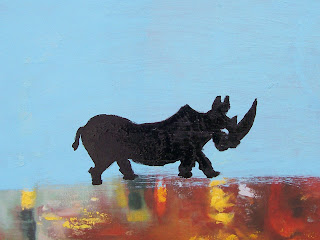 Photo: SA - David Koloane - The Journey (a series of 16 drawings) 1998 Acrylic and oil pastel 29 x 42 cm_014
Koloane shrugs off the idea of being an elder statesman of the art world – although he has reached a still very creative 74. He laughs and says, “I never think about such things when I am working, I just continue from where I have left off. I just see it as a progression. I just do what I’m doing. How they [the critics] locate it; that is up to them. Sometimes people try to say I belong to the old saga of the Polly Street [a famous early art school dedicated to working with black artists] era – 50 years ago.” He smiles. It’s been a long road for him.
As to the texture of his work, sometimes so very abstract, he says about it that “now it is a combination of abstraction and realism in locating my images”. Actually, he wonders, “What is abstract in art? In order to express anything you have to abstract it. To say it is realistic, you have to abstract it to bring out the realistic elements.”
With Koloane too, the name of Bill Ainslie comes up. Koloane responds forcibly to the criticism Ainslie encouraged artists to go for abstract expressionism rather than the so-called more “authentic” township art style. He says, “It was the primary discourse of that time when we were expected to do township work, black work, rather than work done by any artist. Moving into areas we didn’t understand. One doesn’t consciously say, ‘now I am doing abstract, now I am doing something else’. The analogy is to singing. You sing.” You reject this categorisation? “Precisely. I don’t worry about the critics because I can go for years without reading a review of my work. I enjoy not having to look over my shoulder.”
As to how and where he draws his inspirations, he says, “Travel has been the best education in my life. I started when I was well into my 40s and until that time I had a myopic view of the world. The US was a glamorous country of dreams, a freedom we might never realise in this country. But once I started traveling, I met people I never dreamt I would meet like [the late] printmaker, Robert Blackburn, in New York City. The first prints I made were in his studio. Romare Bearden began doing his prints there. This made me see the importance of prints. I like the process – it is closer to my painting. Easy to abstract, it gave me more freedom – the freedom in painting I found in printmaking too.”
When he travelled, “I met artists like Robert Rauschenberg and others and they took me to jazz clubs. I met Dumile Feni [South Africa’s great exiled artist, sometimes called the Goya of the Townships] and we went off to a nightclub, and there was Bill Evans rehearsing.  The more I travelled the more certain I was about my work. We started the Thupelo Project [an offshoot of the Johannesburg Art Foundation]; I had this wealth of experience and I had to share it.”
In thinking about the time under Apartheid, Koloane agrees that through a strange, weird alchemy, it bred tough artists – at least those that survived. “Knowing that there was always an objective, it made you stronger. I came back in 1985, one of the darkest periods. I had a mission and an objective – I had something to share. We have more options now than we used to have. We had no options then. You capitulated or you became braver.” Looking back, it is one very fine thing so many artists never gave in – and that, now, their work will anchor this country’s participation in the 2013 Venice Biennale. DM
Read more:
Main photo: Sam Nhlengethwa - Migrant Labourers. 2003. Original Photo collage 50 x 38 cm Courtesy of Daniel Stefan Ferreira - from the series Glimpses from the Fifties and sixties

iNVEST IN aRT INSTEAD OF rEVOLUTION.

tHAT'S WHY EUROPE IS SO RICH.

THEY APPRECIATE ART TO BLOODSHED.

LONG LIVE THE PAINTER AND HIS BRUSH.

LONG LIVE THE JOURNALIST AND HIS QUILL.