Lion bones come back to haunt Number One


Nine months ago the Airports Company of SA embarrassed itself. Now, thanks to accidental timing, the embarrassment turns towards a mid-Guptagate Zuma. 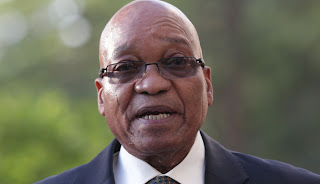 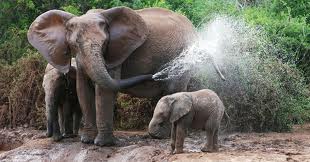 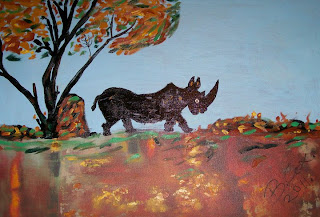 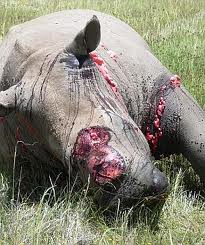 For online activist network Avaaz, it is a matter of fighting censorship and setting a precedent about free speech and the responsibility of organs of state to uphold it.
For President Jacob Zuma, it is a coincidence he really could have done without amid the continuing fallout around Guptagate.
On Monday, Avaaz had its day of court on a dispute with the Airports Company of South Africa (Acsa) that also involves the advertising arm of Primedia, the company that owns assets including radio stations Talk Radio 702 and 567 Cape Talk.
The case harks back to August 2012, when Acsa demanded that Avaaz advertisements at OR Tambo International Airport in Johannesburg be removed, and Primedia (acting as the advertising agents) did its bidding.
Even at the time it was a relatively minor skirmish, if entertaining for its bureaucratic bungling. The amount of money involved was small and the censorship laughably ineffective as the Streisand Effect multiplied the reach of the campaign. The question of whether a state-owned entity that operates as a private company can make arbitrary decisions about what is displayed in a not-quite-public space is interesting, but mostly in a theoretically legalistic way.
But there was an elephant in the room when Avaaz argued the matter at the South Gauteng High Court in Johannesburg this week: the eagerness of government employees to jump to please Zuma, even in the absence of orders.
The Avaaz posters in the arrivals hall were part of a campaign against the trade in lion bones, and featured Zuma’s face in the background as part of a call on the government to move against smugglers.
The link between government policy and lions being shot is fairly clear, and humanising the executive administration by way of the president is hardly controversial – so much so that the posters were passed by Primedia’s legal department, and displayed in the airport for more than a week without a whisper. But when the matter was brought to the attention of Acsa managers, action was swift and decisive.
Entirely oblivious
In Guptagate, the landing of a private aircraft at the Waterkloof military base for the convenience of wedding guests of the Gupta family, there are continuing suspicions that Zuma must have been involved. Despite all evidence to the contrary, it is hard to imagine the president being entirely oblivious to what his close friends had planned; or that none of those in in his Cabinet would have mentioned the matter to him; or that two officials would risk sanction by using his name and doing what they thought he would want without so much as a suggestion from on high.
Yet the report on Guptagate, compiled by government directors general, implies that various members of the armed forces and government administration broke rules and flouted procedure to do what they believed Zuma would expect: special favours for those known to be close to him.
Instead of reading that as a sign of a presidency that has created an atmosphere in which government workers feel they need to please Number One and the rules be damned, the government blamed name-dropping for the incident.
In the Avaaz case, however, there is no allegation or theory that shows the presidency or Zuma intervened or even knew what was going on.
Court papers traced events around the removal of the advertisements closely; from the initial realisation that there may be trouble around the campaign to the decision to instruct that the material be removed. All of which occurred within Acsa, a parastatal that has only the government as a shareholder, but operates as a nominally independent organisation.
Acsa subsequently claimed there had been objections to the ads from the public – at best a post-facto justification – and that the concern had been about the impression foreign visitors would get of South Africa on their first arrival.
'Implicit message'
​But on Tuesday, Avaaz again cited an internal Acsa email in which then assistant general manager Tebogo Mekgoe said there was “an implicit message in the content of the advert that says the president [personally] is standing by while our lions are being killed and is thus complicit in the killings".
What exactly happened in a crucial Acsa meeting around the ads is not known, but the reasons Acsa provided on paper are clearly somewhat divorced from the truth. This leaves the distinct impression that managers at Acsa trampled rules and protocol in order to protect Zuma from embarrassment.
That, in turn, means yet another organisation and set of individuals acted to please Number One rather than doing their jobs.
Of course these two incidents are only the best documented in a growing pile, which includes outrageous spending on the president’s homestead near Nkandla, ongoing controversy around the acquisition of VIP planes  and heavy-handed behaviour by the presidential security detail.
The implications of that will not be missed by those within the ANC who are concerned by what that says about the running of the government.

Does South Africa have the most controversial president in the Free World?

A man that breaks all the rules and then just shrugs his shoulders and wishes away all guilt.

If this fuss was made about elephants then what about the murder of our Rhino population.

What about our uneducated youth and unemployed citizens?

What about our poor, frail needy and diseased.

What about our Key Points and National safety.

Instead of ANC window dressing South Africa needs a change of political vision.