Willi Breuer, a German man believed to have illegally lived in South Africa for the past eight years, is broke. Picture: TNA Media 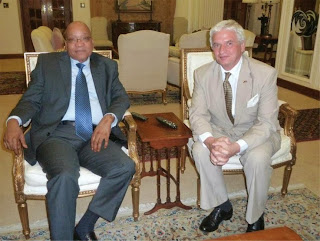 A High-profile German conman was yesterday nabbed in Johannesburg in a Home Affairs sting operation.

Willi Karl Balthasar Breuer, 61, once met with President Jacob Zuma, and made false promises that he would invest millions in South Africa.

But the elite crime investigations unit, the Hawks and the Home Affairs Department set up a sting operation after it emerged that Breuer had been living in the country illegally for eight years.

He was reportedly using his meeting with Zuma to prop up his image in a bid to sell his services to local governments.

Home Affairs spokesperson Ronnie Mamoepa confirmed the arrest: “We got him.”

Breuer is being held at Lindela Repatriation Centre awaiting deportation.