No fear No Favour No Corrupt presidents please...... 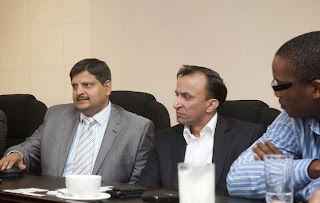 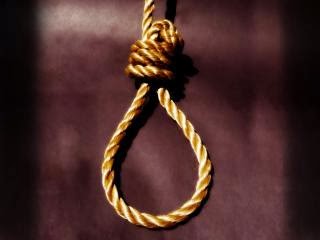 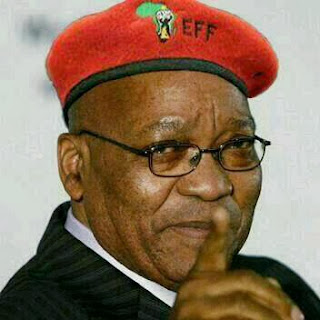 
A company linked to Duduzane Zuma, the son of President Jacob Zuma, and the Gupta family has been mining illegally under the noses of government authorities for three years and has left a trail of destruction in Mpumalanga.

The Sunday Times can reveal that the company, Idwala Coal, has diverted a public road and a river, mined without a water licence, destroyed a wetland and allegedly owes millions to sub-contractors who worked at the sprawling site near eMalahleni, formerly Witbank.
Idwala Coal has admitted in documents to breaking the law.
The documents detail several illegal activities. Idwala sent a six-page memorandum to the Department of Environmental Affairs applying for "rectification" - officially known as a 24G application - so it could continue mining despite breaking the rules.
The document, seen by the Sunday Times, says the coal mine:
Destroyed part of a wetland so that "there exists the possibility that protected species were destroyed" - illegal under the Biodiversity Act;
Diverted a public road around the mine without permission, even though the road falls under the Mpumalanga provincial government;
Released "contaminated water" and pollutants without a licence required by the Department of Water Affairs; and
Mined in a tributary of the Rietspruit River and then diverted the river without permission.
This was corroborated by environmentalists in Mpumalanga, who said farmers living near the mine were affected by the illegal mining activity.
The evidence suggesting Zuma and the Guptas are behind the rogue mine comes in a week that three senior defence force officials were hauled before a military court for allowing the Guptas to commandeer the Waterkloof army air base for a private wedding in April. The wedding scandal raised questions about the Guptas' ability to blatantly flout the law.
The manner in which Idwala has been run also runs counter to government threats to revoke other mining licences.
In January, Mining Minister Susan Shabangu said Anglo Platinum risked losing its licence after it wanted to cut 14000 jobs to stay profitable. But the government appears unwilling to touch the hot potato of the Gupta mine.
A separate report in the Sunday Times's possession warns that Idwala Coal will also have a "severe" impact on two graveyards with "cultural heritage importance" dating back to 1918.
Duduzane Zuma has refused to clarify his links to Idwala Coal.
One of the company's listed directors, Ravindra Nath, is a director of several Gupta companies including Sahara Holdings, of which Zuma is also a director. Nath declined to confirm details of the mine ownership.
The mine's environmental consultant, Ian Troskie, this week confirmed that Idwala Coal was still waiting for a water licence.
Asked for contact details for his client, he gave a telephone number used by Gupta-linked Oakbay Investments and Duduzane's Mabengela Resources.
Raymond Cochrane, a sub-contractor who helped to establish the mine, alleged that it owed millions to former employees hired to carry out mining activities including blasting, drilling and removing debris.
In a letter to the public protector's office in October last year, Cochrane said: "We as a company have been virtually financially ruined by these enterprises due to their unethical practices and as a result have nowhere to turn for legal assistance to recover over R5122898 owing to us."
Sub-contractors did work for the mine between October 2010 and March 2012. The Sunday Times has correspondence showing that sub-contractors wrote several letters to mine management in a bid to extract payment for their services.
The Department of Water Affairs warned in November 2011 that it would shut down the mine for its "unlawful use of water".
Mining stopped briefly, then resumed, raising questions about why authorities have not acted for almost two years.
Although Idwala management refused to identify the owners, company documents show that:
Idwala signed contracts with sub-contractors in 2010 under the name Micawber 480, of which Nath is signatory and director;
Micawber 480 was one of several shelf companies incorporated in November 2009 into a Gupta-run company called Islandsite Investments 254, of which Duduzane Zuma was appointed a director in November 2009. He has subsequently resigned; and
Micawber was originally part of Uranium One Africa, which changed its name in April 2010 to Shiva Uranium, whose directors include Duduzane Zuma and Anil and Varun Gupta.
The Department of Environmental Affairs referred questions about Idwala to the Mpumalanga provincial government, which has evaded inquiries for the past month.
Environmental affairs spokesman Albi Modise said Idwala's rectification application did not necessarily exonerate it .
"Even if an authorisation is subsequently obtained, which would legally allow the activity to continue, this does not mean that other enforcement action cannot be instituted in relation to the illegal commencement and the period of time during which it remained illegal. Such action could be in the form of administrative action or criminal prosecution."
By contrast, Mpumalanga's provincial government was quick to intervene against another company, York Timbers, which was fined R450000 in April for widening a forest road without permission.
Mpumalanga farmer Koos Pretorius, chair of the Escarpment Environment Protection Group, said the mine was a law unto itself. " The mine seems to be able to destroy anything around it. But if you're a farmer and you put up an illegal irrigation system then they are on top of you with court cases. It is absolute double standards. It is ludicrous."
Melissa Fourie from the Centre for Environmental Rights said mining infringements were particularly troublesome in the sensitive Mpumalanga wetland areas where there were ongoing problems with acid mine drainage. She said the rectification process was used as a legal loophole by mine owners to avoid prosecution.
Idwala has yet to submit a conservation management plan for the grave site, according to Jenna Lavin from the South African Heritage Resources Agency.
jordanb@sundaytimes.co.za

The commander-in-chief seems to be surrounded by criminals and Fleeing Fugitives fro Justice.
The State should not be paying for VIP protection, they just have to call in
"Favours for Friends!"
THE ACTIONS OF A TRUE COMMUNIST DICTATOR!
NO SANE PERSON SHOULD VOTE FOR THE INFIDEL!
HIGH TREASON DOES NOT APPLY TO THE ANC.