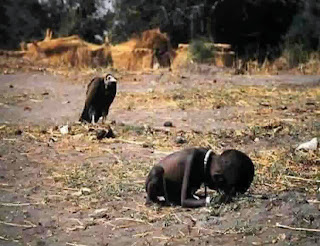 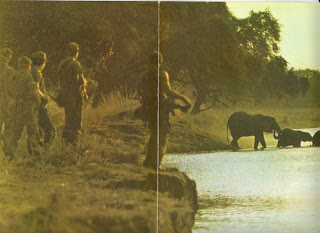 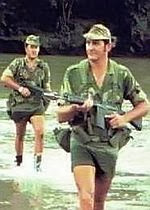 WITH reputable food aid agencies predicting food shortages in the country, the hopes of many rural Zimbabweans in dry Southern regions may hinge on the election campaign promises made by the ruling Zimbabwe African National Union Patriotic Front (Zanu PF) party in the run up to the harmonized polls.

The Zimbabwe Vulnerability Assessment Committee (ZimVAC) in a study led by government with the assistance of United Nations (UN) unearthed that 2.2 million people, one in four of the rural population, would need food aid by early 2014. World Food Programme (WFP) food supplements distribution in partnership with government would start this October, until next March.

“Many districts, particularly in the south, harvested very little and people are already trying to stretch out their dwindling food stocks.

“WFP is working closely with the Government and partners to respond to the looming food crisis and will start food and cash distributions to the most vulnerable in October.”

However, despite its promises, accusations of bias have been leveled against the Zanu Pf-led government for allegedly sidelining presumed opposition members in food aid distributions as the country enters a critical food shortage stage that is expected to peak just before the next harvest.

Buhera, a dry area in Manicaland Province, has recently been in the news following a tour by reporters from independent media who unearthed a critical shortage of water and food amid increasing fears of starvation especially among rural dwellers.

According to Netsai Moyo (not her real name) of Buhera West Constituency won by former national police spokesman Oliver Mandipaka, the distribution of bags of maize to the people in Ward 5 has been politicized as presumed Movement for Democratic Change (MDC) supporters do not receive anything, or only receive left-overs after Zanu Pf faithful would have been assisted.

A Movement for Democratic Change (MDC) councilor from a different ward in Buhera West who refused to be named said there is great “manipulation” of the whole process, even information on the food distribution itself. 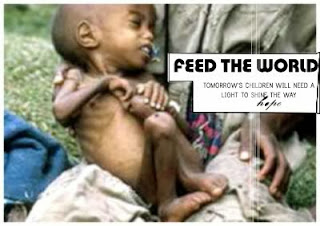 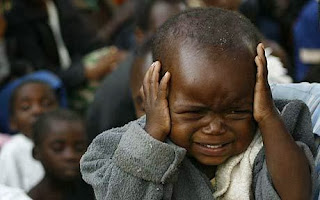 Sometimes you just see people gathered, and you won’t know what is happening, only to be told later that they were being given food).”

Similar complaints have been expressed by villagers in Gwanda, in the dry Matabeleland South province, who have also reported unfair distribution of bags of maize, the staple crop in Zimbabwe.

One man, who only identified himself as Mpumelelo, complained about the mysterious reception of food in his ward in Gwanda, angrily saying it was better if the government stopped the whole process.

Civil society members have strongly condemned the politicization of food aid distribution insisting that it was contrary to the letter and spirit of the Constitution.

The right to food is guaranteed in the Zimbabwe Constitution, as such the Government should ensure that all citizens regardless of political persuasions have access to food.Never at any time should food assistance be politicized’ stated Gerald Matiba, a Bulawayo-based civic society leader.

Reports of partisan food aid distribution have been arisen every time the country – which analysts say has not recovered from a huge plunge in agricultural productivity caused by a chaotic land reform program a decade ago – experiences food shortages, which are now predictable several months before the next harvest. 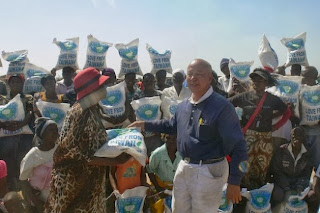 HARARE, Sep 9 2013 (IPS) - Tambudzai Javangwe from Mwenezi district in southern Zimbabwe, has run out of food and each day she begs for hand-outs from well-wishers so that she can feed herself an her six orphaned grandchildren.

Javangwe, 66, had low maize yields this season, which she attributes to both a lack of farm necessities like fertiliser and seed, and inadequate rainfall during the farming season.

“We had poor yields here this year and starvation is already biting hard on us and my orphaned grandchildren often go to school with empty stomachs,” Javangwe told IPS.

She is one of the country’s two million people facing massive food shortages, thanks largely to the failure of President Robert Mugabe’s controversial land policies, according to local analysts and economists.

In a statement on Sep. 2, the United Nations World Food Programme (WFP) projected a period of significant food shortages for 2014, as one in four of the rural population is expected to need food assistance.

Political analyst Malvern Tigere said that the fact that Zimbabwe had run out food means that Mugabe’s controversial land reform programme, where over 300,000 people were resettled on land formerly owned by 4,000 white commercial farmers, has been a failure.

“Mugabe’s unusual admission that Zimbabwe had run out of food during his election campaign testified to the failure of commercial agriculture in the country and truly contradicted claims from his ruling Zimbabwe African National Union Patriotic Front (Zanu-PF) party that agriculture had peaked after the seizure of commercial farms in 2000,” Tigere told IPS.

Since the seizure of white-owned commercial farms, food production has decreased significantly in this southern African nation. A report released in July by the Zimbabwe National Statistics Agency titled “National Poverty Income Consumption and Expenditure Survey” stated that commercial farmers contributed a paltry 15,6 percent to the national grain reserve in 2012. It was a significant decrease compared to 1994, when they contributed more than 50 percent to the national reserve.

Independent economist Michael Hamandishe said the Zanu-PF government was aware the country was bound to face food shortages by 2014 in the face of poor rainfall during the previous farming season, which lasted from October 2012 to February 2013. This, he said, was a problem that was compounded by poorly-equipped farmers.

“The new Zanu-PF government saw this coming [starvation] because everybody saw the poor rains here that resulted in poor farm yields, which has also been a consequence of lack of farm inputs mostly to resettled farmers under the land reform programme,” he told IPS.

Gibson Nhari, an agricultural extension officer based in rural Guruve district in Mashonaland Central Province, 150 km outside Harare, attributed the looming food shortages to high costs of supplies such as fertiliser, and grain prices that rose 15 percent since 2012.

“Small-scale farmers’ inability to purchase such inputs as chemicals, seeds and fertilisers has resulted to poor yields in the country, causing food shortages,” Nhari told IPS.

However, officials from the ruling Zanu-PF have blamed the food shortages on sanctions imposed by Western countries.

In 2002 the European Union (EU) first imposed sanctions on Zimbabwe, including travel bans and freezing bank accounts of senior Zanu-PF officials and companies linked to Mugabe.

The U.S. followed with sanctions on bilateral trade with Zimbabwe a year later.

However, in March the EU suspended its sanctions against a number of officials and companies in Zimbabwe, though they remain in force on 10 people, including Mugabe, and two companies.

The U.S. sanctions against Zimbabwe remain.

“The land reform programme is a brainchild of Zanu-PF to empower local black Zimbabweans, but sanctions imposed on our country have impacted negatively on beneficiaries of the programme to effectively produce adequate yields. But I tell you we will soldier on with the use of our own resources,” Goodson Nguni, a Zanu-PF leader, told IPS.

On Aug. 29, at Zimbabwe’s 2013 Agricultural Show, Mugabe promised to import 150,000 tonnes of maize from neighbouring Zambia, saying no Zimbabwean would die from hunger.

But this will not be enough as the WFP says that Zimbabwe will require 2.2 million tonnes of maize next year.

AN MDC-T shadow minister this week blamed Zanu PF's land reform programme and poorly-conceived agricultural policies over a national food crisis that has left up to two million people in need of food aid.

Moving a motion calling for a parliamentary committee to investigate the food crisis, the MDC-T's shadow agriculture minister Samuel Sipepa Nkomo accused Zanu PF of reducing the country from a net exporter to a perennial food beggar.

He dismissed as deplorable plans by the government to import maize from Zambia through an "eat now pay later arrangement" saying this was evidence of failed leadership.

In September, the Rome-based World Food Programme (WFP) warned that some 2.2 million people were in need of urgent food aid.

The United Nations agency said this was the highest number of Zimbabweans requiring food assistance since early 2009, when more than half the population relied on such aid.

Said Nkomo: "The victims of elite capture have been the ordinary villagers of Kezi and Siyachilaba who have to contend with debilitating food shortages following the dysfunctionality of a hitherto well laid out food market chain."

Nkomo blamed the manner in which Zanu PF carried out the land reforms for the current food shortages.

"Though undoubtedly noble a programme, it has become apparent over the years that the Land Reform Programme was a programme not well thought out," he said.

"But, it was a sporadic reaction to a political capital in light of the energies of the new political players in a hitherto monopolised political landscape.

"Food handouts by non-governmental organisations have been an annual feature in the country's calendar of events."

More than five million Zimbabweans, almost half the population, are expected to need food aid by the end of the year Photo: AFP/GETTY IMAGES

By Peta Thornycroft in Johannesburg 5:26PM GMT 13 Nov 2008
Ten 30-tonne vehicles carrying private imports of the staple maize meal at the Zimbabwean side of the Beit Bridge border post were besieged by hundreds of Zimbabweans desperate for something to eat. Witnesses said that the crowd ripped the stolen bags open to stuff the uncooked cereal into their mouths.
"I have never seen anything like this in my life," said a rancher from southern Zimbabwe. "I couldn't imagine in my wildest dreams I would ever see Zimbabweans so hungry.
"Piles of bags of maize meal were on both sides of the road and people from all over the district came streaming in and I saw some breaking open the bags and eating it raw.
"Then it started to rain so it will go rotten, but people will eat it anyway. The world must know people are starving here."
More than five million Zimbabweans, almost half the population, are expected to need food aid by the end of the year, but the World Food Programme said this week that it was having to cut the rations it distributes because of a lack of funding.
Related Articles
Zimbabwe inflation 'will set world record' 13 Nov 2008
There is an unprecedented shortage of locally grown and imported food in Zimbabwe, which was a regional breadbasket until President Robert Mugabe began seizing white-owned farms eight years ago.
A businessman in eastern Zimbabwe said: "There is not a grain of maize meal around here. I had to rush to Mozambique earlier this week to get some for my workers or they will starve. There is a huge tragedy going on in this country."
The Commercial Farmers' Union, which has the most accurate crop forecasts available, said the present summer season in Zimbabwe will be the worst ever. Trevor Grai, the CFU president, said that he is "extremely worried" about food production.
"There isn't enough seed nor fertiliser and it is going to be the worst season ever for food production."
Cereal imports are controlled by the state's Grain Marketing Board, and the opposition Movement for Democratic Change has tried to import food for hungry supporters several times but has had its grain confiscated or refused entry.