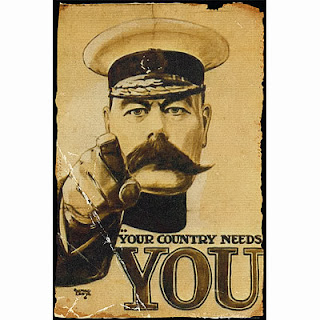 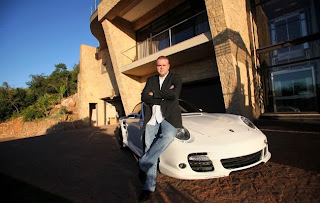 
A hit man who claims he was hired by Czech fugitive Radovan Krejcir to kill an old enemy in Prague had his plans scuppered by US President Barack Obama's visit to the city.


This assassination attempt was one of six "overseas hits" it is claimed were ordered by the controversial Krejcir from his mansion in Bedfordview, east of Johannesburg, since he first arrived in South Africa under a false name in 2007.


The Sunday Times has obtained documents that include a sworn statement from the hired gunman, as well as a hit list of targets to be killed in Germany, the Seychelles and the Czech Republic in 2009.

Born in Greece, the hit man, whose name is known to this newspaper, lived in South Africa for 40 years. In his statement, which is in possession of the Hawks, he claims Krejcir arranged several trips for him to the Czech Republic and it was during the last one, in early April 2009, that he aborted the mission owing to Obama's visit, because security personnel were crawling all over the city.

"There was another complication. The US president, Obama, was visiting the Czech Republic at that time and the security was very high. There were constant roadblocks all over the place," he says.

In any event, the hit man claims, the gun and silencer that he and an accomplice had collected in Prague for the hit did not work.

In his statement, made in Spain in May 2011, the hired gun says Krejcir was livid that the mission had failed.

"Radovan said he could not understand why we could not do the job. He said anyone can walk into a McDonald's and shoot someone and walk out, with the job done," he said.

The millionaire businessman is fighting extradition to the Czech Republic to face charges of fraud and corruption. Suspicion concerning his role in several unsolved murders keeps cropping up as dead bodies pile up around South Africa.

He survived an assassination attempt in July, and on Tuesday night his Bedfordview, Johannesburg, pawn shop was blown up.

Several people interviewed this week suggested the explosion was a sign of a drug "turf war" being waged between Krejcir and some powerful Cape Town-based characters.

According to claims, Krejcir, controversial Cape Town businessman Mark Lifman and Cape Town underworld figure Jerome "Donkey" Booysen have ordered hits on each other. Several sources with knowledge of the underworld said Tuesday's bombing was the direct result of a drug war between Krejcir and his rivals in Cape Town.

"That bomb had Krejcir's name on. That bomb came from the Cape. It was meant to take Krejcir out and destroy his hold on the drug distribution in Joburg," a source said.

The Sunday Times was told the feud escalated after Krejcir tried to expand his network to Cape Town in 2011. It is now being claimed that Cape Town underworld bosses are set on moving into Gauteng.

Hawks spokesman Captain Paul Ramaloko sai d "seasoned detectives" were working on the unsolved murders. He said he could not comment on the statement by the self-confessed hit man before the matter went to court.

Asked about the feud between Krejcir and the Cape Town figures, Ramaloko said: "We are approaching these cases with an open mind."

The hit man's statement includes a printout with the names of his targets. One of them, Czech engineer Frantisek Pivoda, is said to owe Krejcir money.

Speaking to the Sunday Times from Prague, Pivoda said he knew Krejcir, but he would not comment on the reported threats.

"Yes, I know Krejcir because we were in business 15 years ago. He is ill ... as in something in his head," he said in broken English.

He says: "I met once more with Krejcir's mother in South Africa. We got into a conversation about the weapon, the Scorpion, and why it would not work. She said words to the effect that she was tired of digging this gun up in her garden for him, yet he did not manage to do anything with it."

Krejcir refused to comment, but issued a blanket denial on Friday: "I want to categorically state that I have had no involvement in any of the killings that the media have been so freely speculating about."

This, investigators believe, was an attempt to hide his assets from the South African Revenue Service, which served Krejcir with a preservation order on Friday.

Police spokesman Brigadier Neville Malila said three people injured in the blast remained in hospital in a serious condition, but the police would not release their names.

The statements from the hit man and another hired gunman were obtained by forensic investigator Paul O'Sullivan, who has been pursuing Krejcir for the past five years and continues to investigate his apparent links to murders, fraud and money-laundering.

O'Sullivan said he was not acting on behalf of anyone and that the investigation formed part of his company's "pro bono" work.

"I have travelled extensively to get these statements and it became a global investigation. The sooner this man leaves our shores the better," he said.
Posted by Tango at 3:05 AM