NO FEAR NO FAVOUR GANGLAND HITS.....? 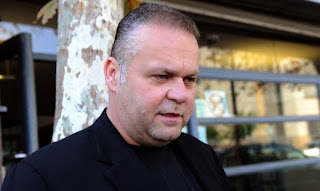 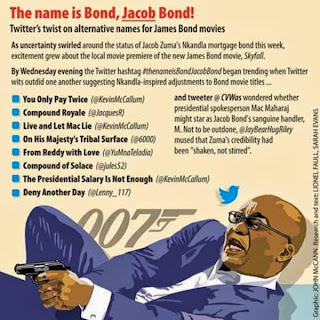 JOHANNESBURG -Eyewitness News has learnt that a Serbian man arrested last year with Czech businessman Radovan Krejcir on an armed robbery charge has been shot and killed in Bedfordview.

The man, whose name is known to Eyewitness News, was killed at his home at around three am this morning.

The Serbian was apparently killed after three assailants came over his balcony and shot him with his own firearm in what appears to have been a housebreaking.

Police are yet to officially confirm the incident.

The shooting took place in an apartment complex a block away from where Sam Issa another Krejcir associate was gunned down in a gangland style hit last month.

Issa, also known as ‘Cripple Sam’ or ‘Black Sam’,  was shot more than 30 times while he was stopped at a traffic light in his Audi Q7.

The Audi Q7 in which Sam Issa was shot and killed in Bedfordview on 12 October 2013. Picture: @MarkGander2/TwitterIssa was approached by a white Ford Ranger with an ND registration number.An unknown suspect fired shots at him.Various items, including a .38 revolver, 9mm rounds and a silencer were found in his vehicle.Officers also found four cellphones.Issa was a known associate of Krejcir’s.But Krejcir has denied ever being close to Issa or having any links to the killing.
A multi-disciplinary task team is investigating the killing.
Krejcir has been named a suspect in a number of high-profile murders but has never been charged.
He is also fighting to avoid extradition to his home country where he has been charged in absentia on a number of charges.

In July, he narrowly survived a bizarre assassination attempt involving a Volkswagen Cross Polo fitted with several gun barrels behind its rear numberplate.

A close-up of the VW Cross-Polo with guns installed behind its number plate used in the attempted hit on Radovan Krejcir on 24 July 2013. Picture: EWN/Christa van der Walt
The bizarre improvised weapon, which Krejcir himself compared to something out of a James Bond movie, was remotely controlled.

It was triggered as Krejcir exited his car which was then riddled with bullets, but he escaped unharmed.

The Cross Polo then burst into flames.

TRYING TO GET RID OF HIM?

DOES PAUL O'SULLIVAN KNOW ALL THE ANSWERS?

WE SMELL A GREEK CANDY COATED INVOLVEMENT HERE!
Posted by Sonny Cox at 12:48 AM