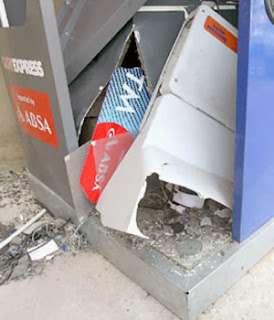 Police spokeperson Thulani Ngubane said the men, there were thought to be five of them, bombed the ATMs in the early hours on Tuesday.

"We are not sure of the exact number of people involved because witnesses say it was dark and hard to tell."

He said the robbers opened fire when police arrived at the scene but no one was wounded.

"The suspects fled the scene with an undisclosed amount of cash."