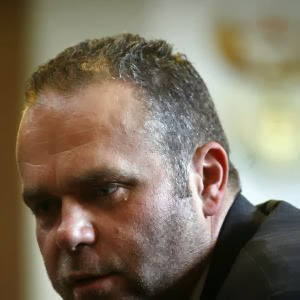 Johannesburg - Radovan Krejcir's lawyer on Saturday confirmed that an urgent high court order compelling police to reveal where the Czech businessman was being held, had been granted, but said that police still had not divulged his client's whereabouts.


"We went to court to force the police to tell us where he is being detained," Eddie Classen said.

"At this stage we don't know [where Krejcir is]. We will have to wait for the outcome of the press conference later today."

Classen did not want to say in which court the order was granted or when it was granted.

He said they went to different police stations to try and find Krejcir.

Police spokesperson Solomon Makgale and the National Prosecuting Authority could not be reached for comment.

A media briefing about the arrest would be held in Pretoria on Saturday.

On Friday, police said Krejcir had been arrested on charges of attempted murder and kidnapping.

"I can confirm that Krejcir was arrested after 6pm at his house in Gauteng," Makgale said at the time.

"He was arrested on charges of attempted murder and kidnapping."

In a statement issued later, the police said that although they did not usually name suspects before they appeared in court, "it was decided on the basis of the existence of an arrest warrant and public interest that the suspect in this instance will be identified".

Last Tuesday, two people died and five were injured in an explosion at Krejcir's business, Money Point, in Befordview, on the East Rand.

In July, Krejcir was the target of an apparent assassination attempt outside Money Point.

Moments after he got out of his car, a remote-controlled gun installed behind the number plate of a car parked near his fired at him. Krejcir escaped unharmed.

The SA Revenue Service said last Friday that all Krejcir's assets had been placed under the control of a curator.