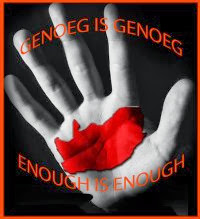 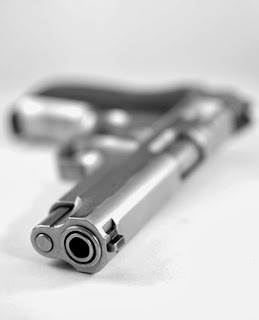 Over the month of October South Africa has been hit by a series of farm murders, with at least nine such killings being reported in the South African press. The victims of such murders were often elderly and almost always in the power of their young attackers when they were killed, often with extreme brutality.

The South African Police Service no longer releases statistics on farm attacks and farm murders. However, according to the records compiled by TAU SA from press articles and its own reporting networks there were twelve murders on farms and small holdings in the month of October. This is up from the two farm murders recorded in September and it is also the highest monthly total this year. 56 farm murders have been recorded by TAU SA up until the end of October 2013, as compared to 54 during the whole of 2012 and 55 in 2011.

KwaZulu Natal has been particularly hard hit by farm murders this year. KwaNalu, the KwaZulu-Natal Agricultural Union, has recorded 9 farm murders in the province so far this year, up from 4 in 2012 and one in 2011.

Among the farm murders reported in the press over October are the following:

On Thursday, October 3, four armed men overpowered Paul Mason, 63, and his wife Gwyneth on their return to the farm Kruisfrontein near Sabie, Mpumalanga. Gwyneth was tied up in the house. Paul Mason was taken outside and shot three times.

At midday on Wednesday, October 9, Mrs Hennie van der Schyff, 73, was murdered on the farm Môrester near Klerksdorp in the North West province. The police could not initially say with certainty whether she had been shot as well assaulted, so severe were her head injuries. Her husband, Frans van der Schyff, 76, also was severely beaten around the head and later died of his wounds in hospital.

On the night of October 9 Eugene van der Merwe, 61, and his son Siyanda Ndlovu, 13, were attacked on Sunnyside farm in the Ixopo area, KwaZulu Natal. Van der Merwe, who was attacked in the shed, was severely beaten with a blunt object around the head and died on the scene. His son Siyanda was attacked in the house and also incurred severe injuries, but survived. Thulani Chemane, 36, and Busani Shoba, 27, were arrested in connection with the murder.

On the night of Thursday October 10 Gert de Beer, 82, and his wife, Lina, were attacked on their farm in the White river area. Gert de Beer was apparently tortured in order to force him to hand over the keys to the safe. He was then beaten to death with a hammer. His wife, Lina, who is blind and deaf was chopped in the hand with a panga during the attack. A 20 and 23 year old were arrested in connection with the murder.

On the early morning of October 16 David de Villiers, 87, and his wife Ralie, were attacked and stabbed to death on their farm Broadlands, Barkly East in the Eastern Cape. Their son, David, Dawie, was also stabbed repeatedly, but survived. Thulani Khetane, 22, was arrested in connection with the murder.

On Thursday evening October 17 Dan Knight, 56, of Outlook farm in the Himeville area of KwaZulu-Natal and his partner Beth Bucher were attacked in their home by a gang of five men. Knight was beaten to death with hammers while Buchner was forced to watch. Tsepiso Sthembiso Ramanyane, 20, Bonginkosi Eric Nyawose, 33, and Thabo Dlamini, 22, were arrested on charges relating to the murder.

On Tuesday October 22 Willem Weites, 78, of the Welkom farm in Ngome area of KwaZulu-Natal was in his milk stall when a gang of three men entered and held a knife at the throat of his daughter Everlien asked where her father was. When Mr Weites came to the aid of his daughter he was fatally shot three times. According to a report in the Witness, citing Weites' son Frederik, Everlien was then dragged "to the main house while threatening to rape her. They had found his mother and demanded keys to the safe. They tied up both women, took an undisclosed sum of money and drove off in his father's bakkie... Another attacker tied up farm workers and took their cellphones."

Click here to sign up to receive our free daily headline email newsletter
Posted by Tango at 10:50 AM