No fear No Favour No Animal Poaching in South Africa...... 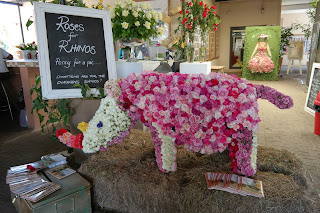 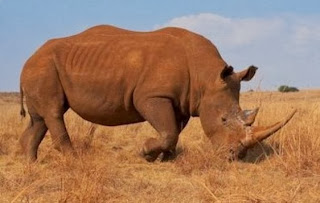 "The money will be solely directed by SANparks to enhance and support their ranger corps capabilities with much needed equipment, training and advanced technology for their counter-poaching operations," said spokesman Nathi Mncube.
The High Court in Pretoria found that the money came from the proceeds of illegal rhino poaching by an alleged syndicate leader, Joseph Nyalunga, Mncube said.
Nyalunga was also a former police official stationed at the Hazyview police station.
The cash was seized in December 2011 when Nyalunga and another alleged poacher, Conrad Nkuna ,were arrested while returning from Mpumalanga to Gauteng.
The money was found in their Range Rover when they were stopped and searched by police near Middelburg.
Exhibits from the Range Rover were also seized and were sent for DNA analysis.
"The DNA profile of one male white rhinoceros found in the Range Rover matched the DNA profile of a male white rhinoceros poached in the Kruger National Park in December 2011 in the Stolsnek area," said Mncube.
Apart from the R8.1 million, the 2009 Range Rover and a 2009 Toyota Fortuner were also seized.
"These vehicles will be sold and the proceeds thereof will also be paid to the ECIU," he said.
Nyalunga was arrested again in early 2012.
Following his arrest, a further R5,069,800 was found in a metal coffer in the garage at his Mkhuhlu's residence.
The case against Nyalunga and Nkuna has been postponed for trial until March 24 next year in the Middelburg regional court.

It's about time that crime pays for its wrongs!
PROTECT OUR WILD LIFE AND HERITAGE.
WITHOUT OUR ANIMALS OUR GRANDCHILDREN WILL BE DEPRIVED OF THEIR HERITAGE!
ACT NOW AND ELIMINATE THE POACHERS!