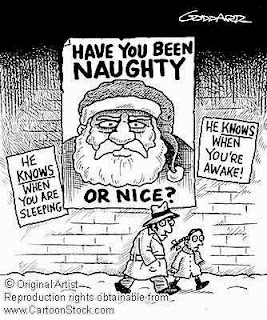 POLICE Commissioner Rhia Phiyega threatened to interdict the Sunday Tribune late last night from publishing details of a compromising conversation between her and a provincial commissioner.

The threat was made to the Sunday Tribune by Phiyega’s spokesman, Solomon Makgale, when contacted for comment.

Critically, it reveals that Phiyega told Western Cape provincial police commissioner Anton Lamoer on three occasions that she was aware of investigations against him.
The conversations were legally recorded by crime intelligence operatives monitoring Lamoer’s calls after unearthing a prima facie case that he was allegedly in the pocket of a well-known Cape Town businessman and suspected drug dealer.


Makgale inadvertently confirmed the existence of the tapes by claiming that publishing their contents would be a violation of the law.

The crime intelligence operatives picked up Phiyega’s conversations with Lamoer during which she apologised to him for not telling him earlier that there were allegations, contained in a parliamentary question, linking him to a Cape Town drug lord.

The disclosures have outraged crime intelligence operatives, who took the unprecedented step of laying criminal charges against the national police commissioner.

Phiyega, meanwhile, says she won’t step down while criminal charges against her are being investigated, because she has “done nothing wrong”.

She told Eyewitness News that she had yet to be presented with the exact allegations levelled against her. “If I am being investigated, let them bring the docket and I’ll be ready to answer those questions.”

She has labelled the charges against her a smear campaign by the Crime Intelligence Unit.

In the taped conversations, heard by the Sunday Tribune, Lamoer says Phiyega is out of her depth and stupid.

The restructuring also led to embarrassment for Phiyega when she had to withdraw the appointment of Major-General Mondli Zuma as Gauteng police commissioner after the media revealed Zuma was facing criminal charges.

Sources say evidence collected independently by the Hawks and crime intelligence allegedly prove Lamoer was in the pocket of the suspected Cape Town drug lord.
Police, say sources, have been investigating Lamoer for four months.


He allegedly has been speaking to the suspected drug lord almost daily and received money from the suspect, thought to be bribes or protection money, some of which he gambled away.

He is also said to have received free petrol from a filling station owned by the suspected drug lord.

Yesterday Lamoer, contacted by the Sunday Tribune, would not comment and referred queries to Makgale.

IFP spokesman on police Velaphi Ndlovu said an unhindered investigation into allegations against Phiyega was imperative.

She was the “country’s most powerful police officer and so should allow a complete investigation of the allegations”.

“If she has done nothing wrong and has nothing to hide, her name will be cleared and this is of utmost importance to the credibility of our police,” he said.
Kohler-Barnard said Phiyega’s actions were tantamount to defeating the ends of justice.
“Given the severity of the allegations, it is essential that the police commissioner is investigated fully.”

She said she would write to the police minister to ascertain what steps were being taken and clarify whether Phiyega was being charged.

“If Phiyega is innocent, she should not oppose an investigation. She should encourage one,” said Kohler-Barnard.
Posted by Tango at 2:25 PM