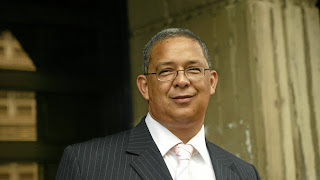 Former Umkhonto We Sizwe member and Senior Foreign Affairs Ministry official, Robert McBride, who had been held in Mozambique for six months on charges of gun-running and espionage, was conditionally released from prison. In the meantime investigation by the Mozambican authorities and their South African counterparts continued. McBride was due to return to Mozambique for an appeal hearing in December. Upon his release, he claimed that he had been arrested while working as an operative for the National Intelligence Agency (NIA). This claim was later denied by the Deputy Minister Intelligence, Joe Nhlanhla."

Three people died and sixty-nine are injured in a bomb explosion in Magoo's Bar on the Durban beach. An ANC's arm wing, uMkhonto we Sizwe (MK) cell, led by Robert McBride, planted a bomb in a car outside the popular "Why Not Magoo's Bar", with the believe that the place was frequented by security branch police. There was a campaign at that time by MK members to attack police stations and places frequented by police. McBride was caught and convicted, and later granted both a reprieve from death row, and amnesty by the Truth and Reconciliation Commission (TRC)."

The Ekurhuleni municipality has hired a firm of attorneys to recoup R7.8-million it paid for former metro police chief Robert McBride's legal fees.
Former metro police chief Robert McBride. (Gallo)
City spokesperson Samuel Modiba, speaking to the Saturday Star, could not say who the money would be recouped from but said an investigation which would reveal this was underway.

Modiba said the council was authorised to provide legal assistance to employees in accordance with certain Acts but it was limited to R10 000.

In 2009, the municipality accused McBride's attorneys of overcharging them.

The municipality then hired a legal costs consultant to examine the account. The consultant found the billing was "irregular" and the council was overcharged.

Overcharged
Before this, the Independent Ratepayers Association (Irasa) served summons on 100 Ekurhuleni councillors who had voted in favour of paying McBride's legal bills.

At the time, Izak Berg, Irasa chairperson said the legal action would see McBride pay the entire bill whether he was found guilty or not.

Last week, McBride won his appeal against a conviction of drunk driving and attempting to obstruct justice.

In 2011, McBride was sentenced to a five-year prison term by the Pretoria Magistrate's Court. – Sapa
Posted by Tango at 2:43 AM