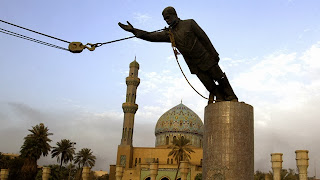 Copy of st carHAWKS 1 (38307104)
THE STAR
One of the vehicles seized by police following the arrest of Hawks members linked to Czech businessman Radovan Krejcir. 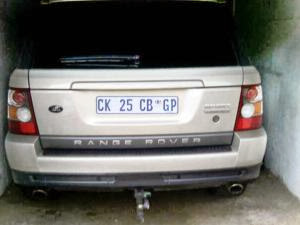 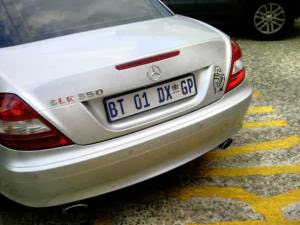 Johannesburg - ‘Saddam” loved the high life. He drove many cars and had several addresses. He is also a serving policeman.

On Tuesday, the Hawks officer was arrested by police at the Germiston Organised Crime Unit. He works in the office of a top cop who recently admitted to receiving a Radovan Krejcir-backed loan of more than R400 000.

Saddam is one of two warrant officers from the Hawks who were nabbed by police on Tuesday.

The Star cannot reveal their identities until they appear in court.

Copy of st carHAWKS 2 (38307105)
One of the cars seized by police following the arrest of Hawks members linked to Czech businessman Radovan Krejcir.
THE STAR

Police spokesman Solomon Makgale said the arrests were connected to the charges of kidnapping and attempted murder Krejcir is facing.

He has not ruled out the possibility that further arrests of police officers could take place.

According to several independent sources, The Star can reveal that one of the officers, nicknamed Saddam because of his bad-boy reputation, owned a silver Mercedes and a Nissan Navara with a personalised number plate.

He has also been seen driving around Joburg in a red Ferrari, a Maserati and a Range Rover. He also owns a shop in Vosloorus.

A warrant officer in the SAPS earns an annual salary of about R161 115 a year.

Krejcir and another man, Desai Lupondo, were arrested on Friday on charges of kidnapping, assault and attempted murder relating to an incident in Elsburg, Ekurhuleni, in June and appeared in the Palm Ridge Magistrate’s Court on Monday.

Their appearance was held behind closed doors and amid tight security. They will appear again on Monday, when they are due to apply for bail.

A source who is very close to the investigation said cellphone data and surveillance linked the two officers to the kidnapping case.

“He has been on the (police) payroll for the past three to four years, but working for the gangsters. His takedown is long overdue.”

The Star understands that Saddam was also investigated in connection with the murder of businessman and alleged Krejcir associate Bassam Issa last month, but Makgale would not confirm this.

Following Tuesday’s arrests, the police raided the homes of the two warrant officers and attached vehicles - a Range Rover Super Charger and a Mercedes-Benz SLK.

Last week, the Mail & Guardian reported that the head of the Germiston Organised Crime Unit, Colonel Francois Steyn, had received a loan of R408 000 from a Krejcir-controlled company.

Steyn admitted to receiving the loan, but denied he knew that Krejcir controlled the company, Groep Twee Beleggings, whose sole director is Krejcir’s wife, Katerina Krejcirova.

He told the paper he took the loan to invest start-up capital in a security company and that it was organised through slain underworld figure Cyril Beeka.

Makgale said Tuesday’s arrests of the warrant officers were not related to the M&G’s report.

“It’s an investigation that we started some time ago to investigate this June incident. It has nothing to do with that report,” he said.

Makgale also denied other media reports that the officers were to be arrested for supplying Krejcir with information on investigations against him.

“It is always disappointing when we have to act in this manner against our own members, but we cannot just shrug our shoulders and not act against those who are alleged to have contravened the laws of this country,” Makgale said.

He would not disclose where they were being held, and no court date had been set at the time of publication.