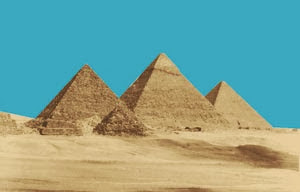 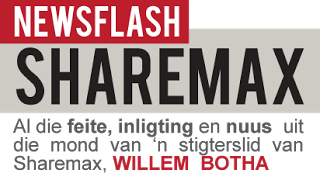 
In total, 34 000 investors, including Swazis, face losing half of the E4.4 billion they invested in Sharemax schemes.
Swazis invested between E200 000 and E300 000 each.
They invested their terminal benefits and pensions after being retrenched by their various companies.


Sharemax Investments (Pty) Limited is a real estate property investment company that engages in renting, operating, and managing commercial properties for shops and offices.
The company was incorporated in 1998 and is based in Pretoria, South Africa.


As of October 4, 2011, Sharemax Investments (Pty) Ltd. operated as a subsidiary of Realcor Holdings (Pty) Ltd.
People invested in these assets and were promised good returns.
One woman, Zandile Dlamini, wept when she narrated how her relative lost over E100 000 in the scheme. A local cooperative society is said to have invested E4 million.


The scheme faces liquidation in South Africa.
Victims of the Sharemax investment scheme include among others Hlalawati Cooperative, Credit Society, Swaziland Union of Financial Institutions and Allied Workers (SUFIAW). Others are the Swaziland Investment Consortium and a certain scheme for employees of the Swaziland Posts and Telecommunications (SPTC).


Not too long ago, the Manzini City Council invested E11 million in a South African pyramid scheme that was liquidated.
Swa zis also invested in the Channel S Club managed by jailed Qhawe Mamba.
A sum of E17 million was invested in the club.


The Financial Services Regulatory Authority (FSRA) and Central Bank of Swaziland (CBS) told investors at a meeting held at the University of Swaziland (UNISWA) yesterday that Sharemax Swaziland was also not registered in Swaziland.
About 200 investors attended the meeting. They had been promised that their investments would mature in five years but they only could reclaim their investments in two years time. Interests varied from nine to 12 per cent per annum and could increase when there was boom in the market.


Sharemax is a real estate investment that set up malls and other commercial buildings. Swazis were urged to invest in property because its market was lucrative.
The set part, according to the investors, is that they realised late that the contract they entered into with Sharemax through Sambulo Investments was written in Afrikaans – a language they did not understand. Sambulo Investments, an insurance broker, has since been suspended.


Sandile Dlamini, Chief Executive Officer (CEO) of the FSRA, said they had no locus standi (legal authority) to pursue the matter in the courts of South Africa.
He advised the investors to seek the services of an attorney who could take up the matter with the South African Ombudsman and Reserve Bank.
Dlamini said there were views that government should release its attorney to represent them. The CEO advised them to write a letter to the office of the Prime Minister or Minister of Justice and Constitutional Affairs and request for the services of a government attorney.


Dlamini said they told him that they did not have money to hire the services of a private attorney; hence government should come to their rescue.
The South African Moneyweb released financial statements for Nova Property Group which showed that investors who bought Sharemax products have lost E2.2 billion.
Nova is the company that owns all the properties that used to belong to investors in the various Sharemax property syndication companies.
Nova was formed as a rescue scheme.


Business Report in South Africa quoted Noluntu Bam, the Ombudsman of the Financial Services Board that Sharemax Investments, its network of financial advisors and four of its directors were allegedly involved “in a scheme calculated to defraud members of the public.
The advisors were Gert Goosen, Willie Botha, Dominique Haese and André Brand.


Carter-Smith who promoted Sharemax products in Swaziland was quoted by the Business Report complaining that he had been misled by the directors of Sharemax and called them “liars”.
The FSRA in Swaziland has also suspended Carter-Smith.

Share on facebookShare on twitterShare on emailShare on printMore Sharing Services: Add to your del.icio.us del.icio.us | Digg this story Digg